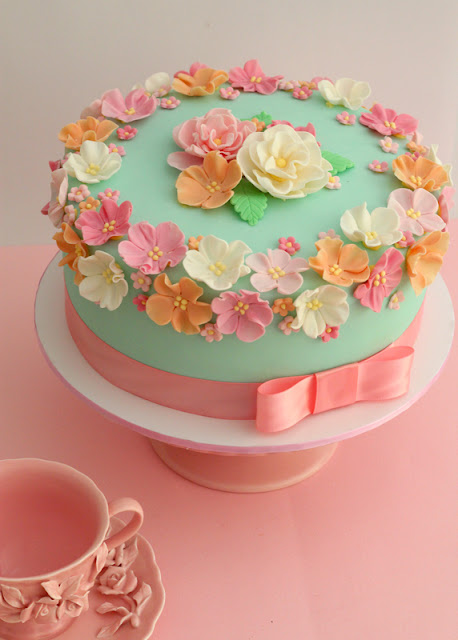 This was a special cake for a special person, one of the people I love most in the world, my beautiful Grandmother! It was my Grandma's 85th birthday and I wanted to make her a cake that was as pretty inside as it was out. 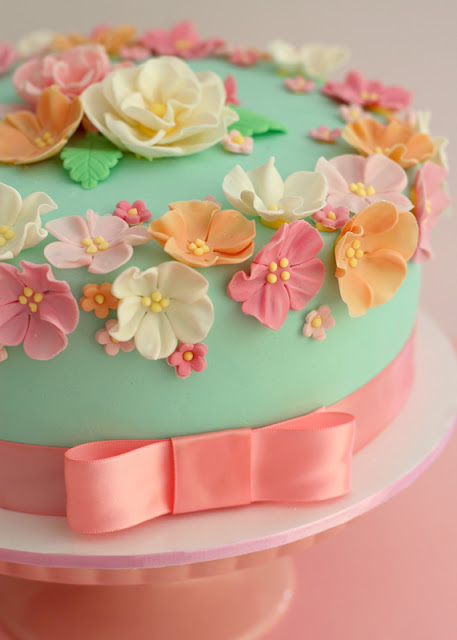 My Grandma loves going out for coffee and cake, any outing we have ever gone on has been punctuated with a 'cappuccino break'. When I was little it was always exciting getting treated to an iced chocolate and something yummy. Grandma especially likes carrot cake and raspberry muffins, as the last cake I made her was carrot I decided to go with raspberry for this one. 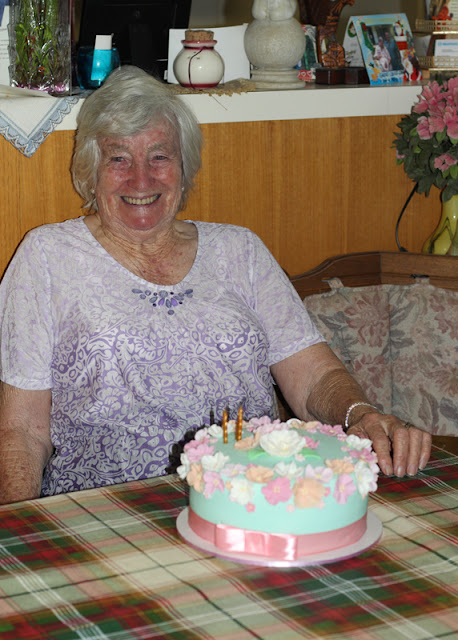 This raspberry coconut cake is a new favourite of mine, I'm a little obsessed with coconut at the moment.  I blame the coconut bread from the coffee shop near work, It might be overpriced but the yummy toasted coconut flavour always brightens my day. 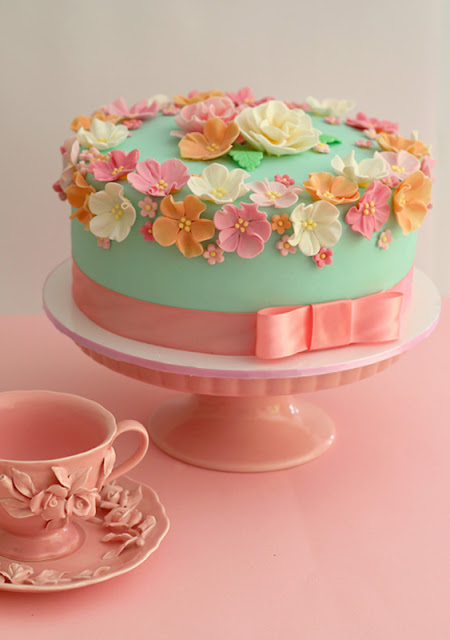 The coconut in this cake made it yummy and moist and the raspberries dotted throughout are not only pretty but add lovely bursts of flavour. Coconut and raspberry are meant to be together and along with the white chocolate they make this a cake difficult to pass up. 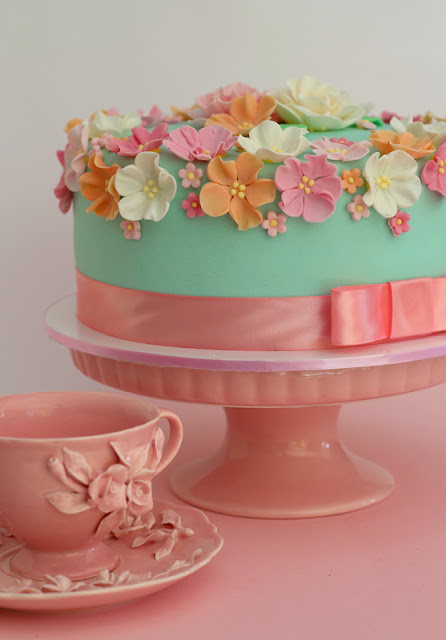 To make the cake- Preheat oven to 180 degrees c. and grease two 8 inch round cake pans. Line the base and sides of the the cake pan with baking paper allowing about about an inch extra out the top of the pan.

In a medium bowl sift the flour and add the coconut, stir to combine.

Add the butter, sugar and coconut extract to a second mixer bowl and beat until light and fluffy. 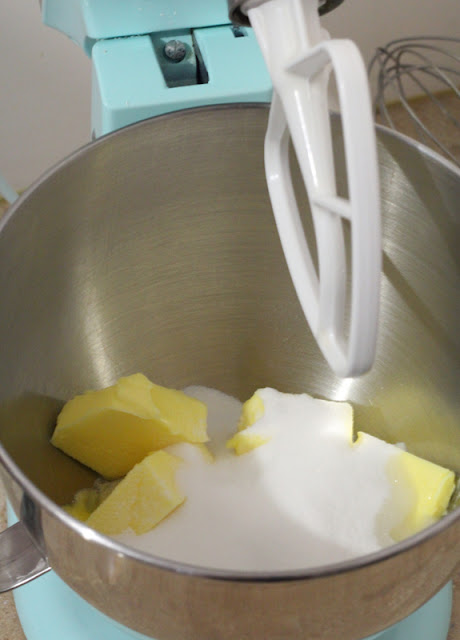 Add one egg at a time beating well after each addition. 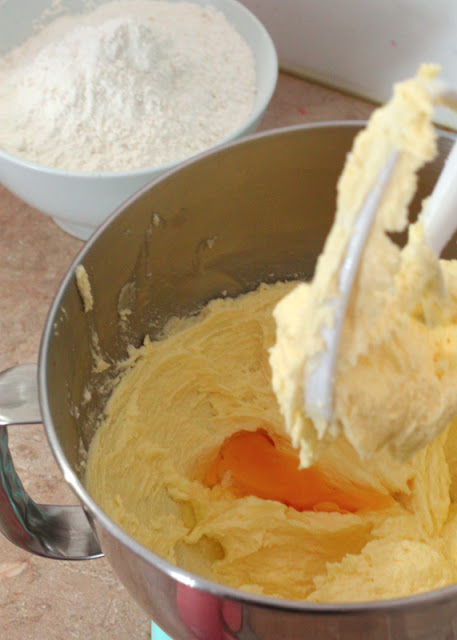 Fold in a quarter of the flour coconut mix at a time, alternately with the buttermilk. 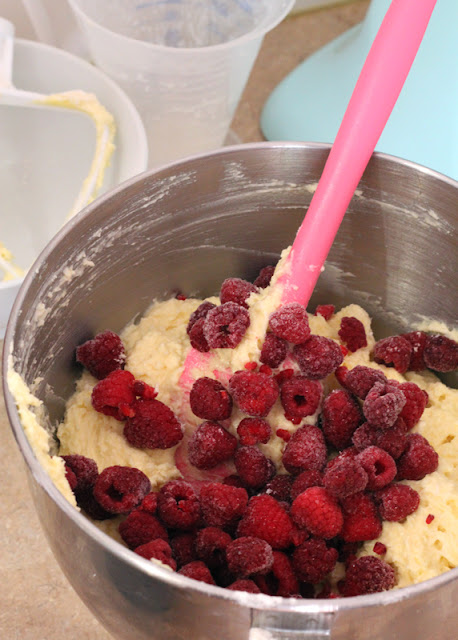 Divide the cake mixture between the 2 prepared pans and smooth over the tops.

Bake the cakes for about 1 hour, or until a skewer poked into the middle of the cake comes out clean.

Allow the cakes to cool in the tins for around 10 minutes before turning them out onto a wire rack to cool completely. 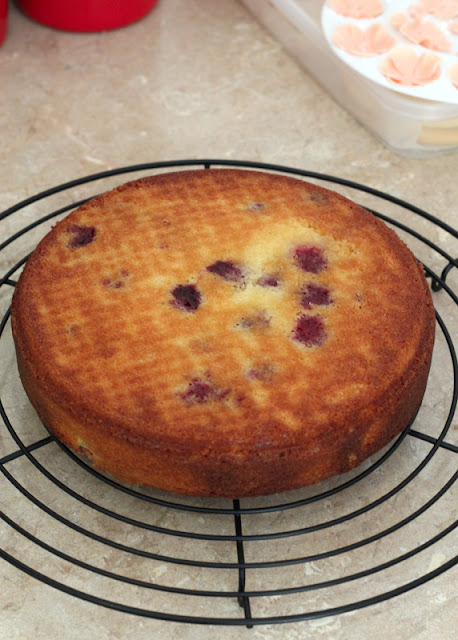 To make the Ganache- finely chop the chocolate and place in a large heat proof bowl.
Pour the cream into a small saucepan and bring to the boil. Pour the boiling cream over the chocolate. 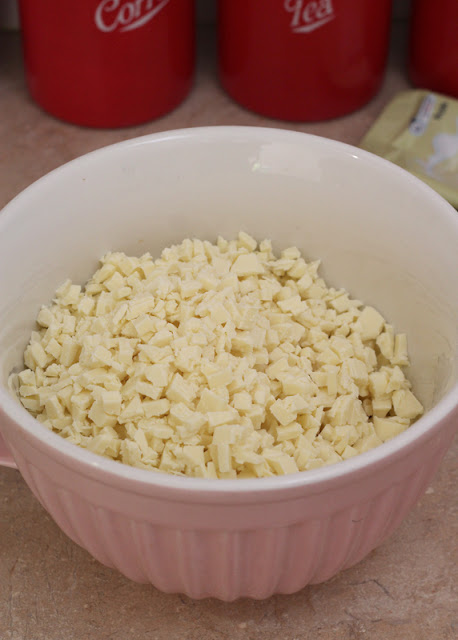 Stir the ganache mixture with a hand whisk until smooth. Allow to cool and set for a few hours before spreading onto cake. (I find if I make my ganache before work, its the perfect consistency when I get home in the afternoon.) 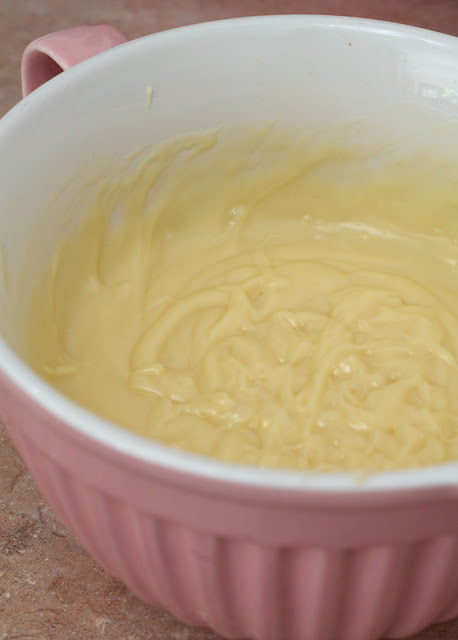 Sandwich the two cakes with a layer of ganache. Spread the remaining ganache over the top and sides of the cake. Allow the ganache to set. Decorate as you like or just cut a slice and enjoy. 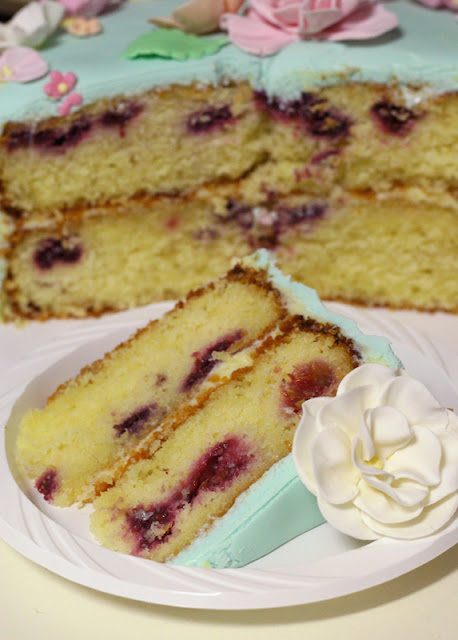 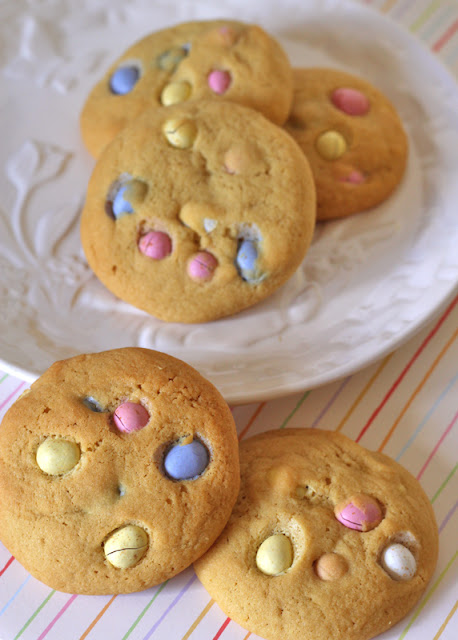 I really dropped the ball with my Easter posts, only managing to share one single recipe. I had great intentions, I even had lots of fun shopping for new pretty props, bought some yummy ingredients and made a whole list of things to try but just ran out of time. In fact this recipe was meant to be a last minute post before Easter, but I couldn't even manage that. So now lets just pretend it was always meant to be a 'what to do with all that Easter chocolate' post.

But first a little explanation on why I've been so slack lately. The last month was an exceptionally busy month for birthdays! All my spare baking time was spent on birthday cakes for family and friends, which I promise to share shortly. Last week was even busier and more exciting again as I got to make my second wedding cake and a hundred matching cupcakes, I'm just dying to post about them.

Boyfriend and I have also decided to take a step toward being actual adults and are looking to buy our first house. Honestly the house hunting and and the buying process has been a been a little overwhelming, there is just so much competition. Every Saturday for the last couple of months has been given up to to countless house inspections, let alone all the time spent searching online, researching areas, values and all the other little things. Its starting to make my brain a little numb, and I often day dream that someone will just come and give me the prefect little house. I'm sure we will find the perfect place with time, I just need to be patient.

Back to these cookies! This easy recipe takes no time at all and make a nice soft almost cakey cookie.I chose to use mini candy coated eggs because I had a whole lot of them and liked the pretty pastel colours, but feel free to use whatever you like. 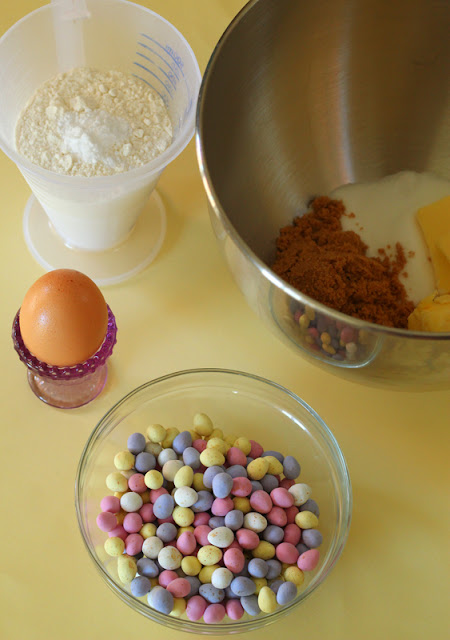 To make the cookies- Preheat oven to 180 degrees c. and line a baking tray with baking paper.

Beat the butter, vanilla and sugars with an electric mixer until light and fluffy.

Add the egg and beat until well combined.

Mix in the flour and baking soda until the cookie dough comes together.

Stir through the candy coated eggs. 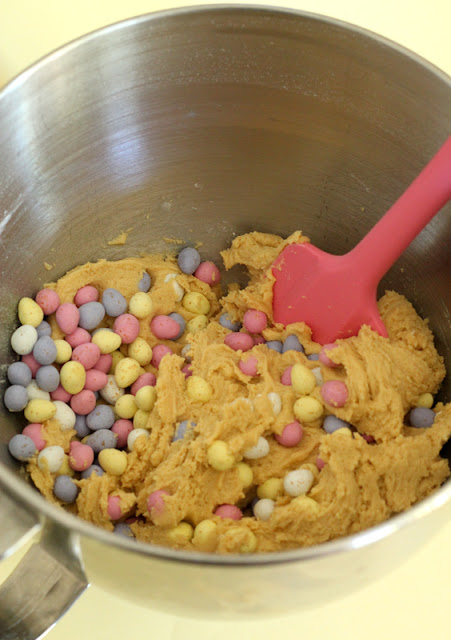 Roll the cookie dough into tablespoon size balls and place on the tray. Leave a 2 inch space between the cookies to allow for spreading. 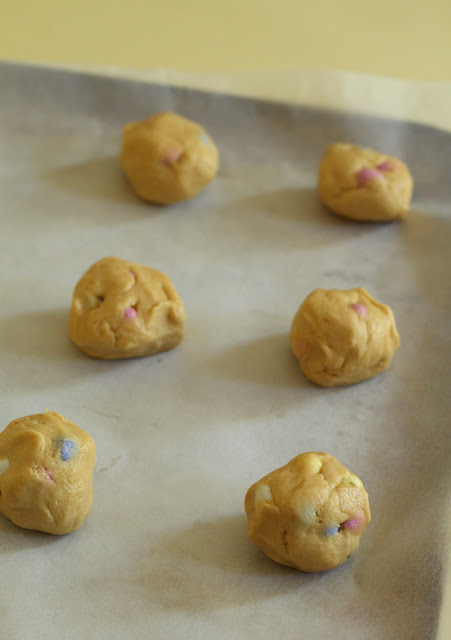 Bake the cookies for about 15 minutes or until lightly golden. 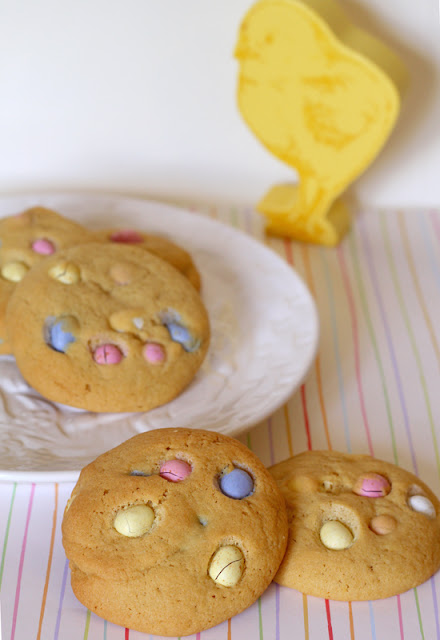 Posted by Butter Hearts Sugar at 7:07 AM 3 comments: