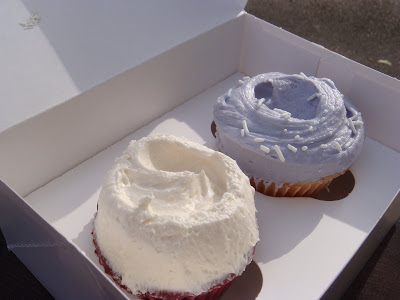 I couldn't visit New York and not visit Magnolias. I didn't love the red velvet but the vanilla very much lived up to the hype. 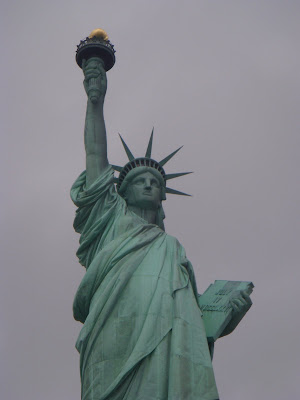 The day wasn't pretty, but Miss Liberty was. 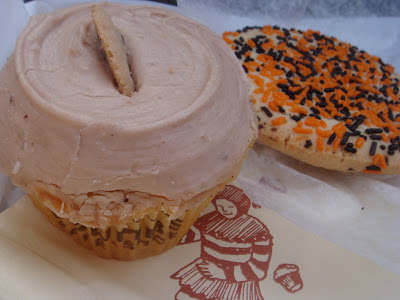 Wow! the cupcakes from Crumbs are massive, at least twice the size of a regular cupcake. There was a store three store up from our hotel, lucky me. 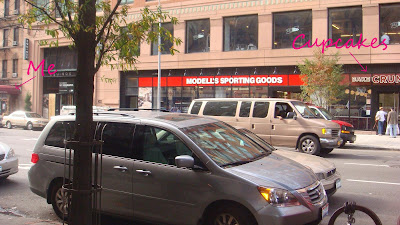 See I told you Crumbs was close. 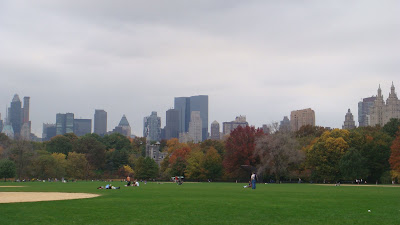 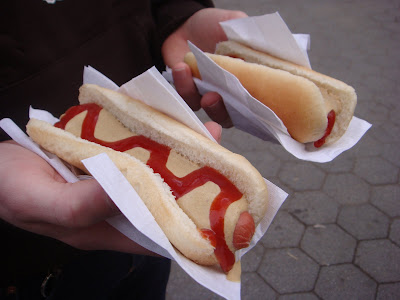 Hotdogs in central park. Maybe it was because I was super hungry, but these hotdog cart hotdogs were delicious. 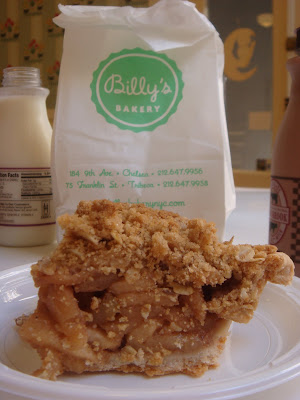 We had intended to visit Bubby's Pie Company, but being a Sunday morning there was a line out the door. So we headed over to Billy's Bakery and were happy to find a large range of cupcakes and also a display full of tasty looking pies. The apple pie made a very yummy breakfast and the cupcakes a tasty take home treat. I wish I had a chance to try the peanut butter pie. 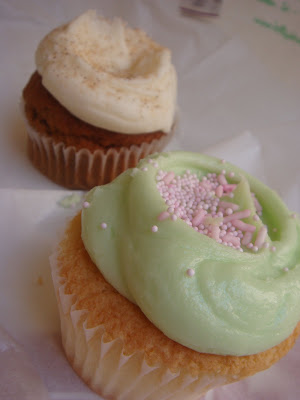 The pumpkin cupcake from Billy's was my favorite of whole the trip and the vanilla was definitely up there too. 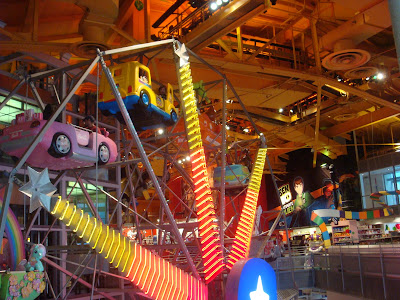 Toys R Us on Times square. This store was all kinds of crazy, four levels of the most amazing toy displays I've ever seen. Other than the ferris wheel there was a life size Barbie house, a giant t-rex and 2 candy departments! 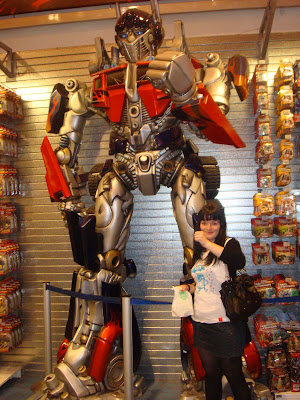 Me with my take home cupcakes, being a spaz in the toy store. 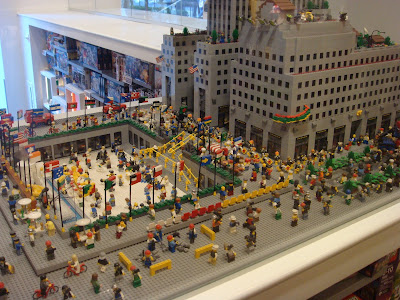 I spent a long time gazing at this lego display, in the Lego store in Rockefeller Plaza. It was such a detailed replica of the ice rink just outside the shop. 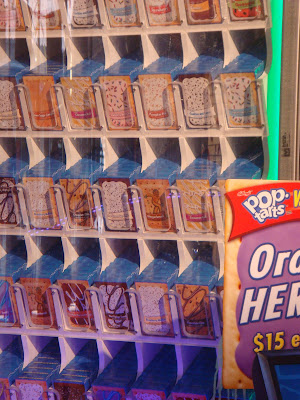 I use to be soo excited when my Mum got us Poptarts when we were little, but then we stopped getting Poptarts in Australia, sad sad times. Imagine my excitement when I found poptarts world just off Times Square. This very cool machine inside Poptarts world held so many flavours I had never even heard of. 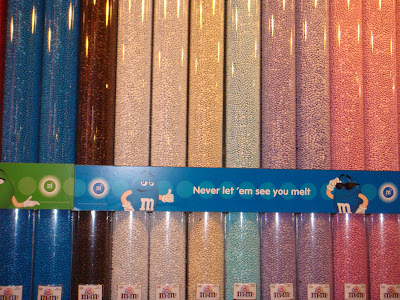 A rainbow wall of MMs inside the MMs store on Times Square. 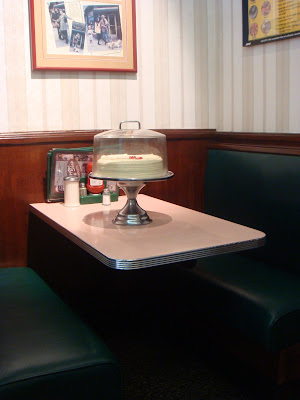 After a hard day hitting the museums we stopped for lunch at a cute retro diner, Lexington Candy Shop. I had the best malted milkshake! 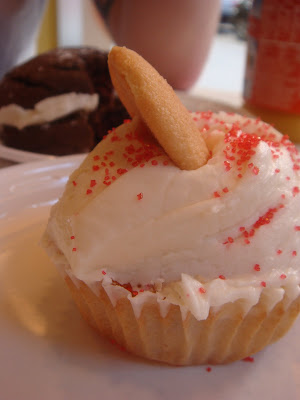 This little strawberry shortcake cupcake from Buttercream Bakery was another favorite of the trip. It had a shortbread biscuit for the base and decoration ant was filled with strawberry jam. Yum.

One more holiday post to go and I'm back to baking, except I don't know where to start, should it be macarons, whoopie pies, cupcakes, cookies? Gosh I'm happy to be back in my kitchen!
Posted by Butter Hearts Sugar at 5:11 AM