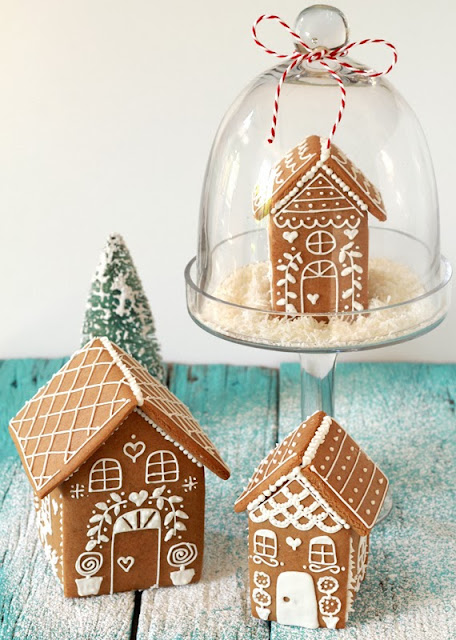 I'm loving all the diy mason jar snow globes around this year! The little kitschy deer ones really make me smile, the ones with the little sparkly trees too.

I love how pretty they look all grouped together, I think they'll make the perfect centre piece for this years Christmas day table. 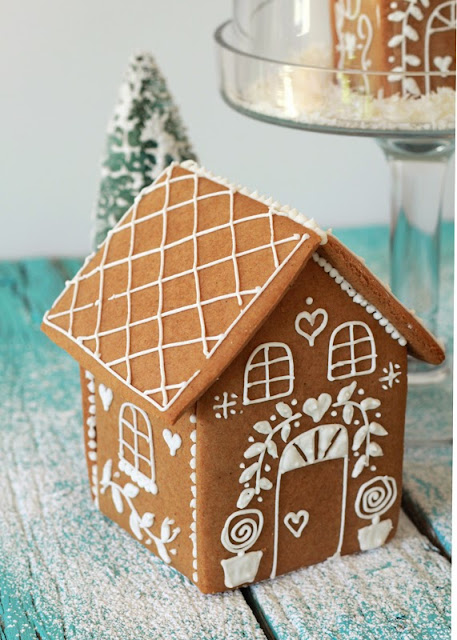 This recipe makes enough dough for roughly 6 small- medium houses or you could make one big house. I only used half of it to make my 3 houses and extra tree cut-outs. I used the other half in an upcoming post. Extra dough can be frozen and thawed in the fridge overnight before using.

I haven't included a template for the ginger bread houses as it really depends on the size of the jars you use. Just be sure to make your templates smaller than the jar opening to leave room for expanding while baking.

To make the gingerbread- add the butter, brown sugar and golden syrup into a small saucepan.


Stir over a low heat until all melted together and smooth. Once cool add sugar mixture and eggs into a large bowl.

Add the flours, ginger, cinnamon, cloves and baking soda to the wet ingredients.Mix all together until well combined. If mixture is too wet add up to another 1/2 cup of plain flour as needed.

Give the dough a light knead and divide it into quarters. Flatten each portion of dough into a disk and wrap in cling-wrap. Chill the disks of dough in the fridge for at least one hour before rolling out. (I made my dough the night before and used it the next morning)

Preheat the oven to 180 degrees c.


Roll the dough between 2 sheets of baking paper. Working with one dough portion at a time roll out to 5mm thick.

Lay the template onto the rolled out dough and cut out using a knife. Cut out two of each template, re-rolling the dough when needed. 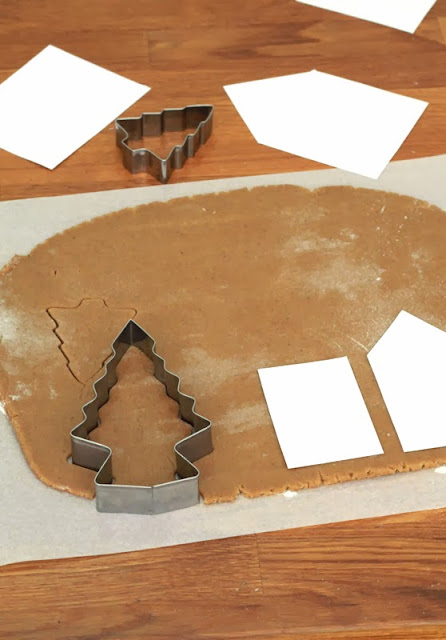 Transfer the baking paper and gingerbread cutouts onto flat baking trays. Bake the gingerbread pieces for about 12 to 15 minutes, until they are golden.

Repeat with all the pieces and allow to cool completely on cooling racks. 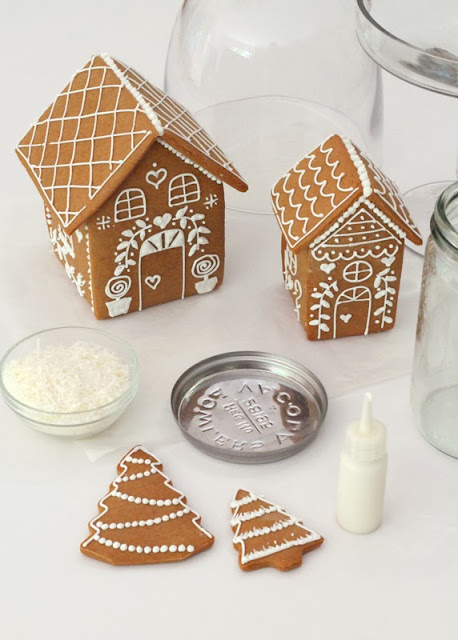 To build the gingerbread house-Starting with the wall pieces, pipe a line of royal icing along either end. Press the front and back gingerbread pieces onto the sides. Allow to set before attaching the roof.

Pipe royal icing along the top edges of the walls, front and back of the gingerbread house.
Press on one half of the roof and hold until stable, it wont take too long. Repeat with the other side of the roof. Allow all of the royal icing to set.

Pipe a decorative line along each edge to hide the joins in the gingerbread. 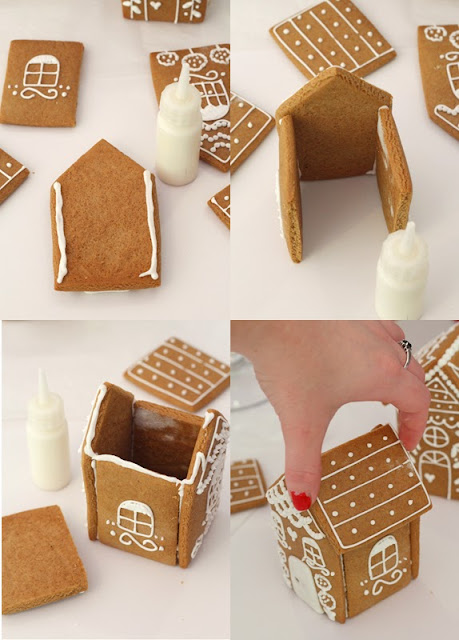 To make gingerbread jars- Pipe a line of icing along the base of the ginger bread pieces. Stand the pieces in place and allow the icing to set. Place something behind the trees to hold them upright while the icing hardens.

Fill the base with coconut and top with the jar. 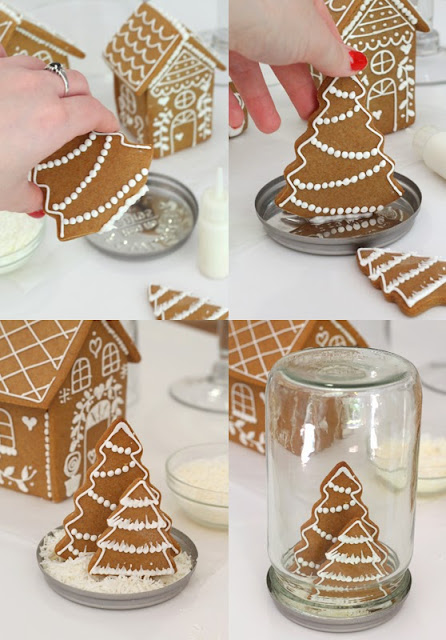 Posted by Butter Hearts Sugar at 1:03 AM