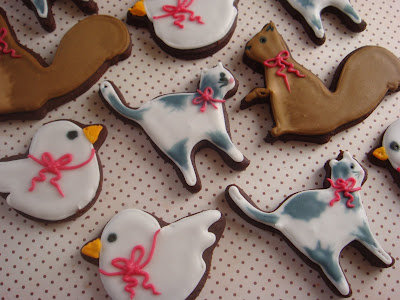 My baking is often influenced by my moods, thoughts, emotions, it’s a way of telling a story.At the moment the story of my city and state is rather sad, with serious flooding effecting three quarters of Queensland. My thoughts go out to those people that have lost homes and loved ones.

I consider myself very lucky not to live in a flood threatened area, although damage can be seen as close as the suburb next to us. Yesterday I was one of hundreds on central Brisbane workers being told to leave work early and get out of the city. Today people not immediately effected are being urged to stay in their homes, I spent most of the day watching the news coverage on TV, sometimes hardly believing what I was seeing.

Along with a lot of the Brisbane, we had no choice but to sit and watch as a rising tide of water overtook a lot of inner city and surrounding areas. It is expected to be much worse tomorrow.

While there was a lot of devastation, there were also many stories of people really working together and helping others out.

People were not only looking out for each other but pets and other stranded animals, this story is what inspired me to bake today. These cookies brought smiles to a number of worried people, with uncertainty and not knowing quiet what to expect being some of the scariest factors. While I hope not to seem insensitive, frankly the city could really do with an ark. 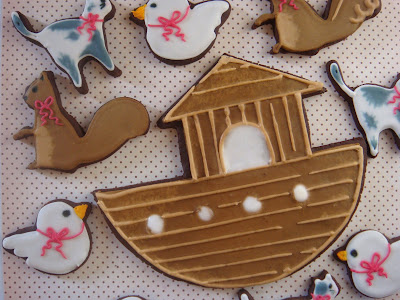 To make the ark and animals I used the same recipe as my Bride of Frankenstein Cookies, made for a Halloween guest post on Pink Little Cake. I found that I didn’t have as many animal cutters as I thought, so I just picked my favourite three. We don’t have squirrels in Australia, but I really love them and wanted to use my cookie cutter. 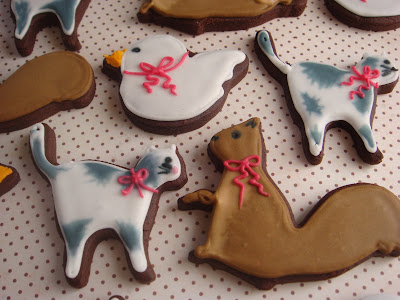