October has gone way too fast!! There were so many more ideas I wanted to try before Halloween, but I am thankful I at least got to share this one because it is my favourite! 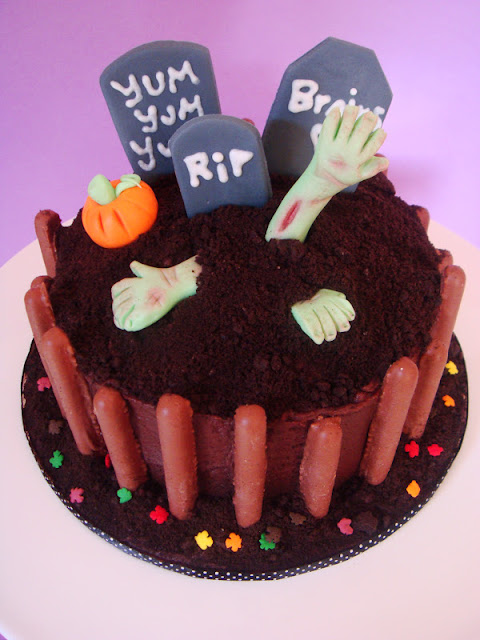 Zombie movies have always topped my fav scary film list and funny zombie movies are even better. Now I'm not talking the terrifying run really fast rage zombies, I like my undead slow, stumbling and searching for brains. Think Return of the Living Dead, which I watched again last weekend and laughed my butt off the whole way through! In fact it was the inspiration behind this cake. 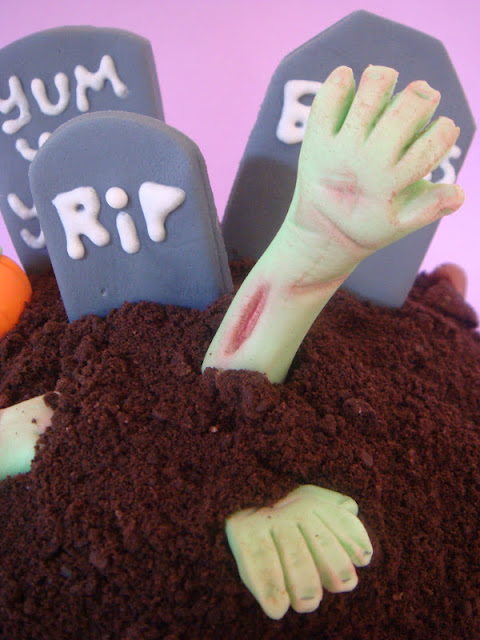 Ever since I made the hearts inside valentines cake last year I've been wanting to use this technique again and what could be more fitting for Halloween then a graveyard cake bursting with zombies! Make it past the undead crawling out the top, slice into the cake and you'll find a surprise! Its full of bones (cake bones that is). 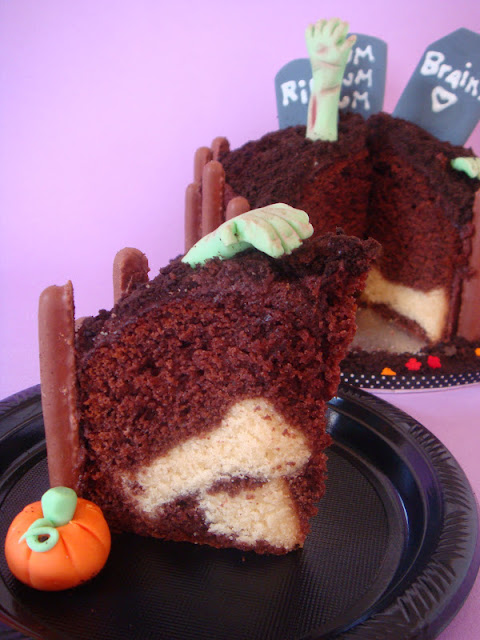 Making the cake isn't very difficult and if you often have cake off cuts like I do its a great way to us them up. If you don't have any spare off cuts it's as simple as baking a quick square of vanilla cake cutting out your bone shapes and baking them again inside your chocolate cake. Go as simple or as fancy as you like with the decorations as the real surprise is on the inside. I used chocolate fingers for the fence around the outside and crushed Oreos make a fantastically realistic graveyard dirt on top.

Making the fondant toppers
To make the zombie arm roll out a small length of light green fondant and slightly flatten one end. Cut off the other end and gently insert a toothpick about halfway up the arm. 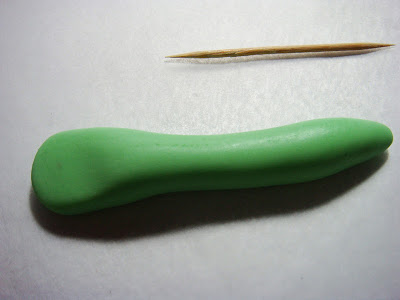 Cut four slices into the flattened fondant to form a hand, add on small details like finger nails and cuts and scrapes with a toothpick . Curve the fingers over something round and leave to dry out. 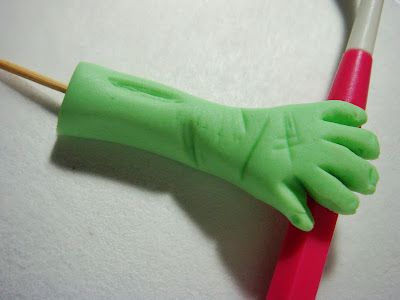 Brush the fondant hands with some cocoa and red luster dust for that real zombie skin look. 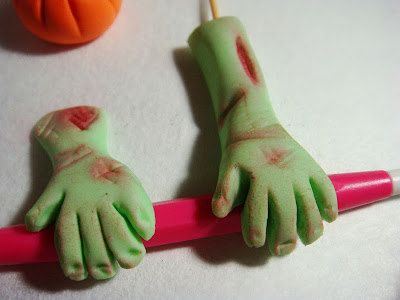 To make the Pumpkin, roll a small amount of orange fondant into a ball and press down in the center to flatten slightly. 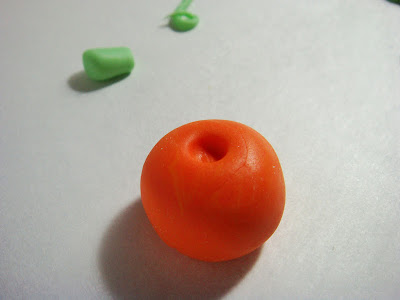 With a toothpick or lining tool draw on the ridges on the side of the pumpkin. Add a little stem to the top. 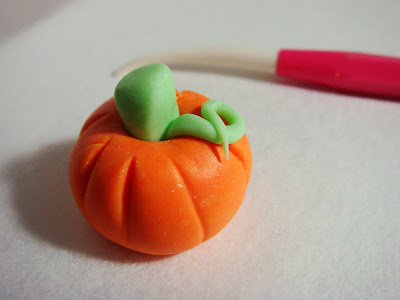 Cut some little gravestone shapes out of grey fondant and insert a toothpick into the base of each. 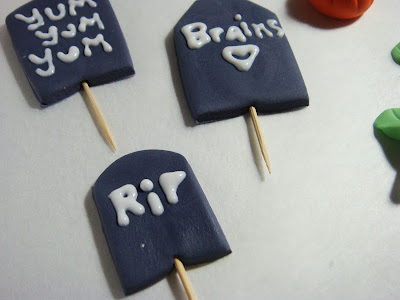 Making the Graveyard Cake
Cut bones out of white cake with a cookie cutter. 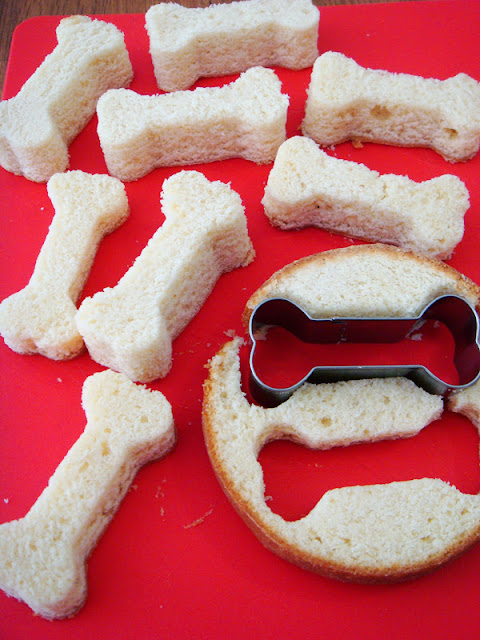 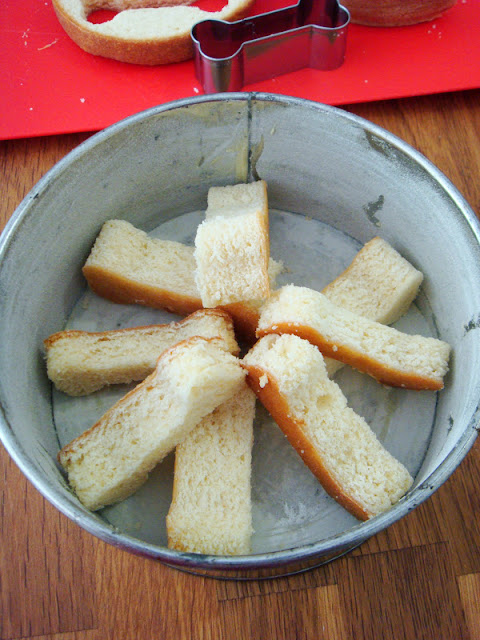 Scoop chocolate cake mixture over the top of the cake bones and spread evenly. 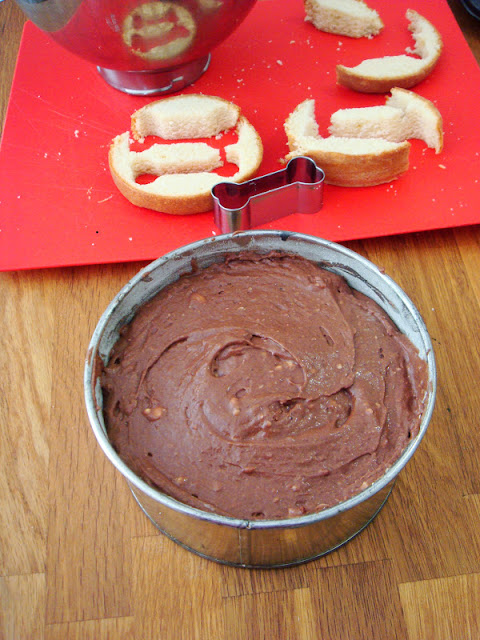 Bake cake according to recipe.
Once the cake has cooled transfer to plate or cake board. 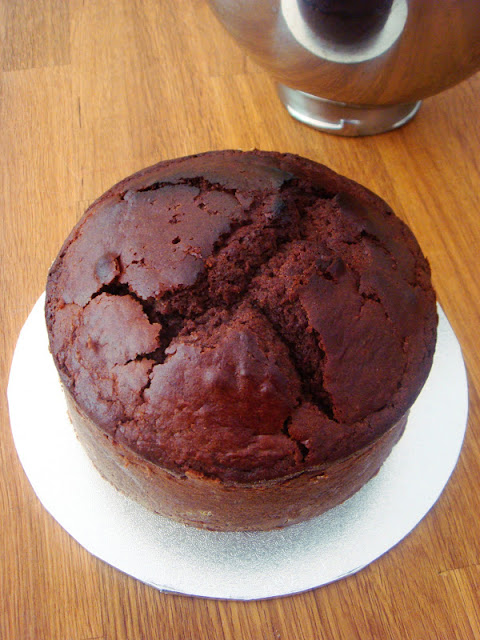 Spread a the top and sides of the cake with the chocolate buttercream, it doesn't need to be super neat as its covered up anyway. 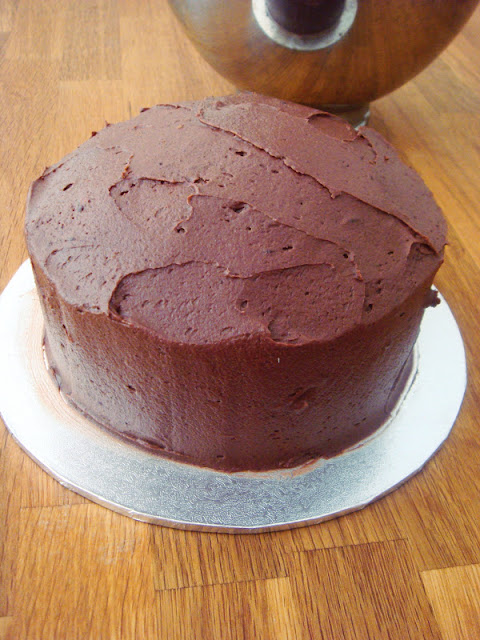 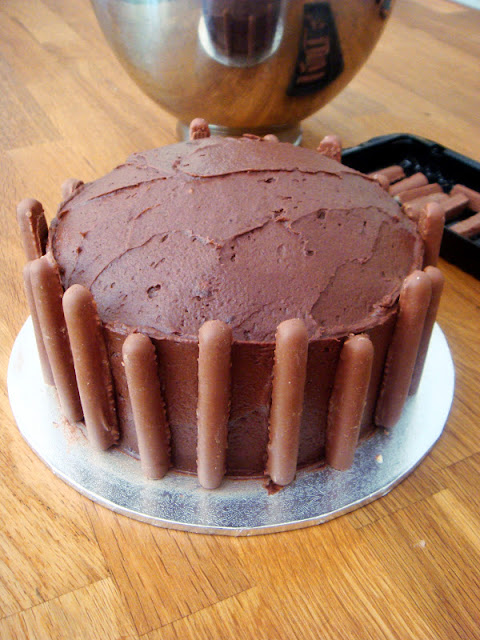 Spread a layer of Oreo dirt over the top of the cake. If you like you can add some more Oreo dirt around the base of the cake, use some leftover chocolate frosting to stick it down. 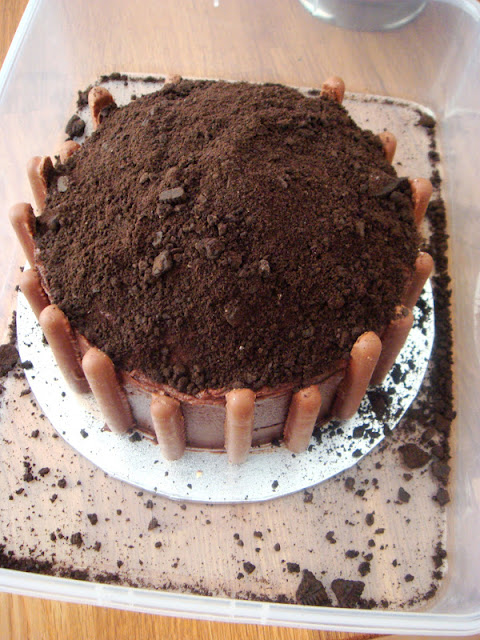 Arrange the zombie hands and tombstones on the top of the cake. 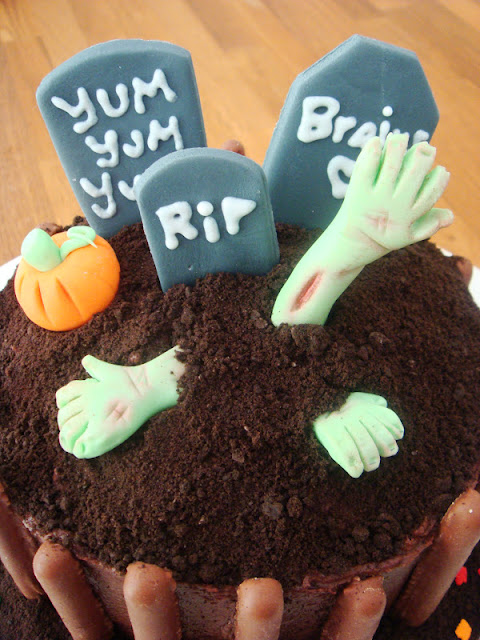 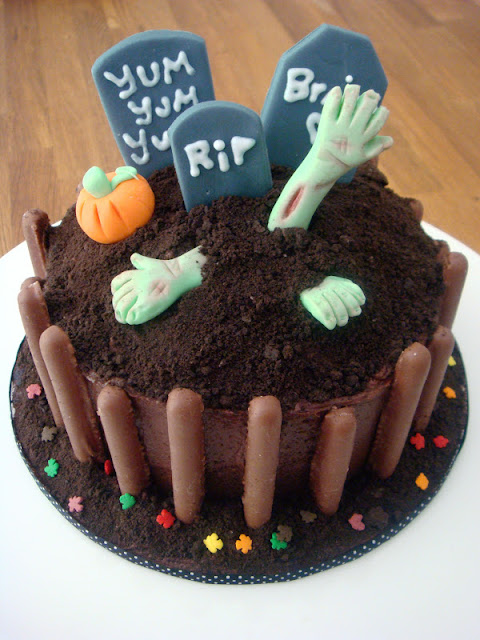