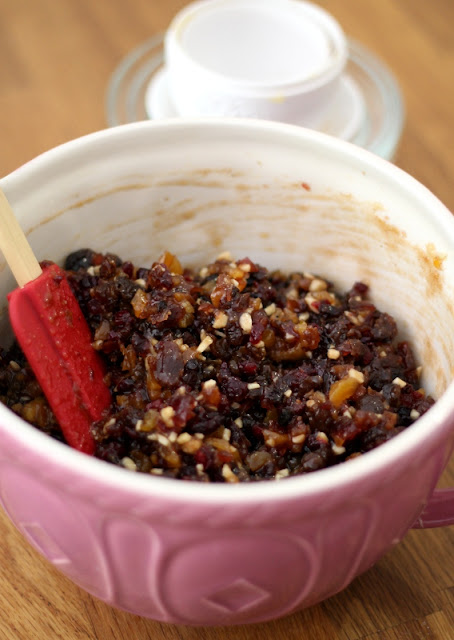 Each year on December 1st I put up my Christmas tree, it's the day we did it as kids and its the day I do it now. To keep boyfriend happy as I agonize over the placement of each single tree decoration, I set him up with eggnog and fruit mince pies.

That brings me to this recipe today, If I want to make fruit mince pies next weekend I had to start the fruit mince now, so the flavours have time to make friends and get all delicious. I find one week is long enough for the fruit mince to do its thing but feel free to leave it longer if you like.

Sometimes I think fruit mince can be pretty boring, just raisins, sultanas and other things that make people (Me) screw their noses up and poke their tongues out. Wanting to make a mixture I'd actually like I added a few fun things like dried apricots, cranberries and spiced rum for that extra bit of special. 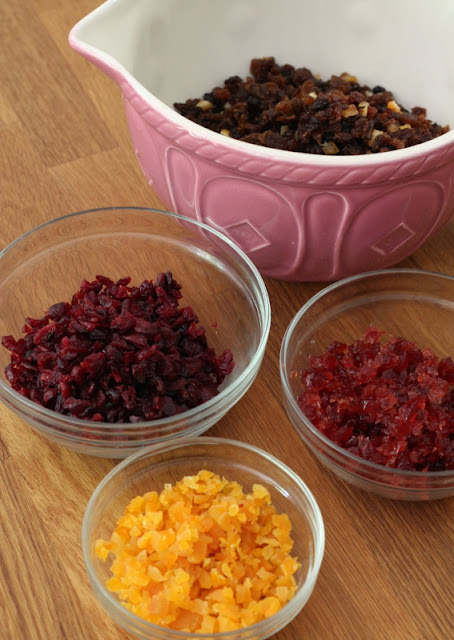 Finely chop up all the fruits and the almonds. 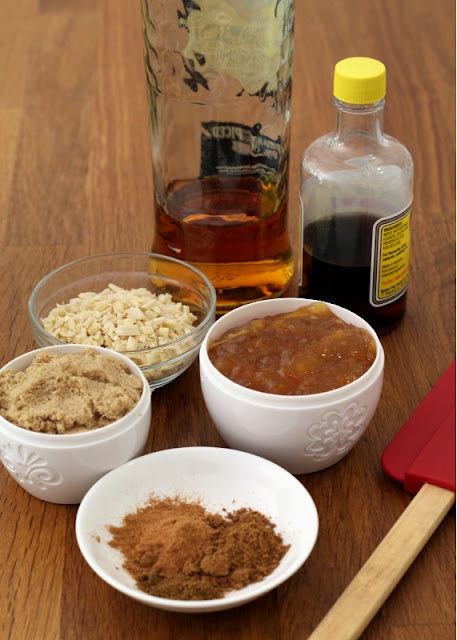 Add all the ingredients together in a large bowl and mix together well. 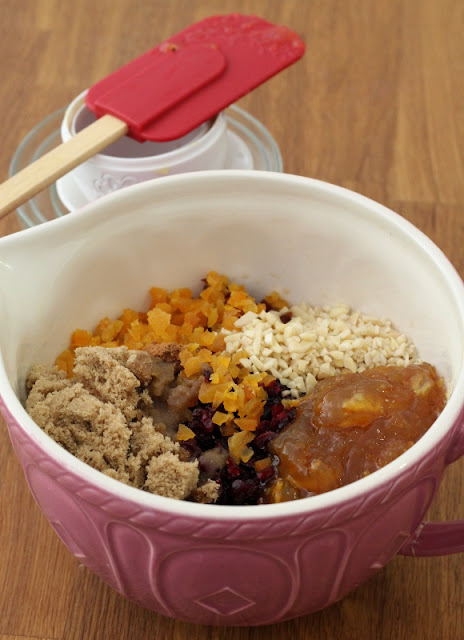 Spoon the fruit mince mixture into an airtight container, store in the fridge for at least one week stirring occasionally.
Posted by Butter Hearts Sugar at 6:24 AM