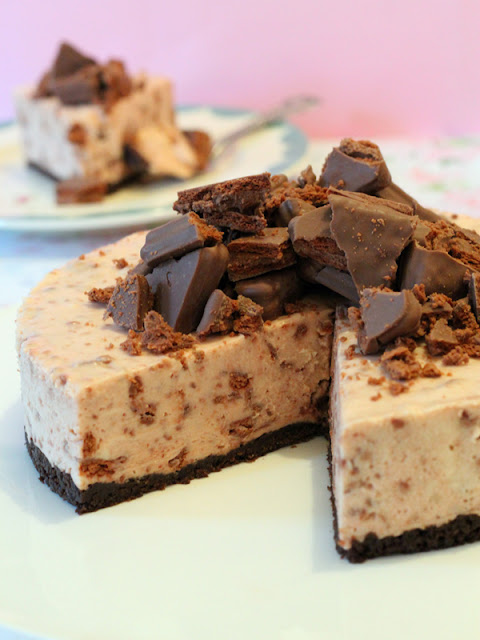 This is a bit late for Australia day but please don't hold that against me or this cheesecake.

If you only ever try one recipe from my blog please make it this one. Boyfriend and I  both agree that this is the yummiest cheesecake ever, its my favourite thing I've made/eaten in a long while. Basically it's a cookies and cream cheesecake with a special ingredient that makes it extra good. No its not love, its Tim Tams but they're pretty much the same thing. The always awesome Tim Tam is my all time favourite Arnott's biscuit.

I am a Tim Tam fan from way back! Coming home from school on grocery day was always exciting, Mum would have a cup of tea and Tim Tams waiting for us. There's nothing better than tea or coffee or especially hot chocolate sipped through one of these biscuits. In my eyes there's not much a pack of these chocolate biscuits cant fix. 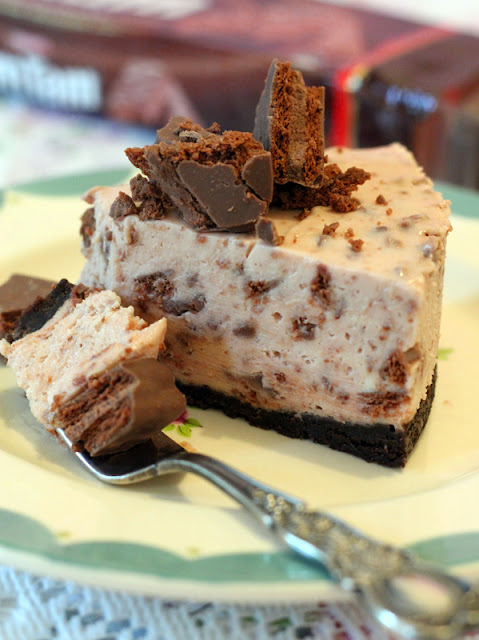 The cheese filling has a lovely flavour from the white chocolate and vanilla and turned out nice and light, almost fluffy. I was going to try using Tim Tams as the base but wasn't sure how that would go because of the cream filling and chocolate coating. Instead I used plain chocolate biscuits and added some malt powder as the biscuit part of the Tim Tam is slightly malted. Like I said earlier though the real kicker in this cheesecake is the load of Tim Tam pieces through the filling and the tower of crumbled cookies on top. Perfection! 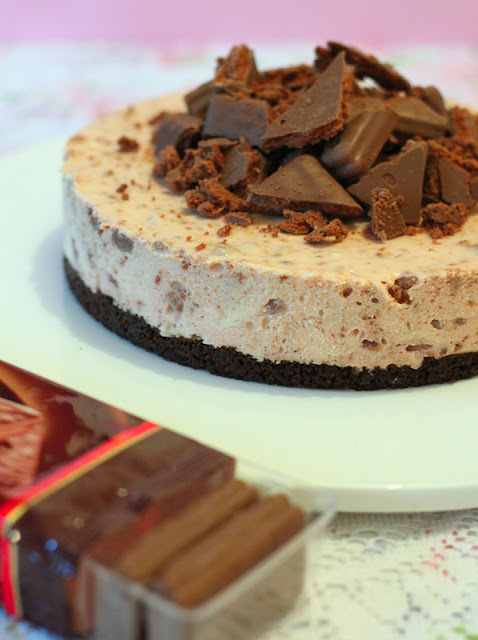 To make the base- Grease a 8 inch round spring form pan and line with baking paper.

In a food processor, process biscuits until fine crumbs. Add the melted butter and malt and process until combined. 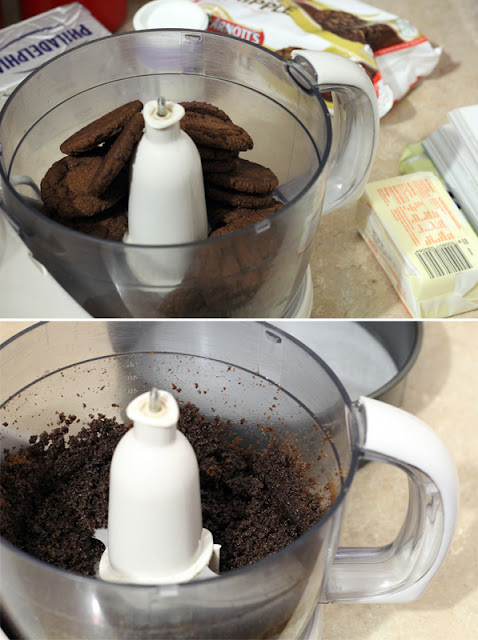 Press the mixture evenly over the base of the tin, use the flat bottom of a glass to press evenly. 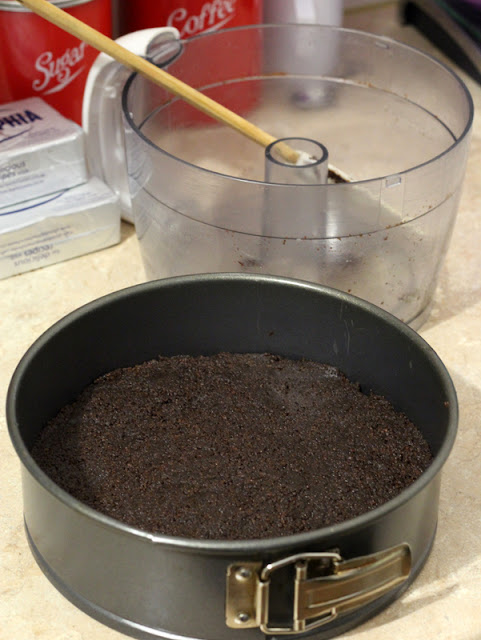 To make the filling- Roughly chop 200 grams of the Tim Tams, a mixture of small and large pieces works well.

Beat in the cream until combined, followed by the white chocolate and gelatine mixture. 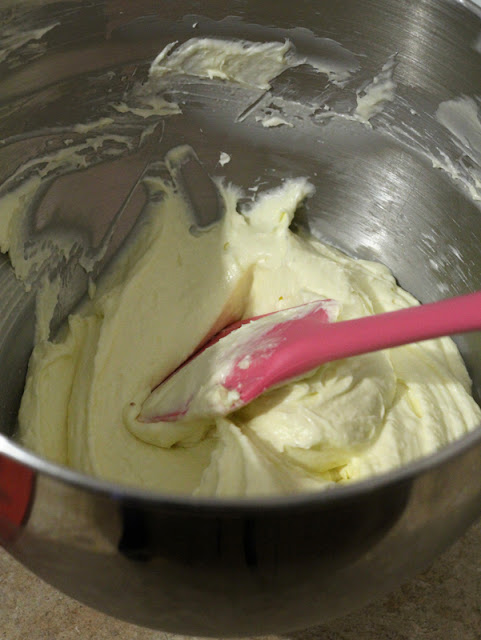 Stir through the chopped Tim Tams. 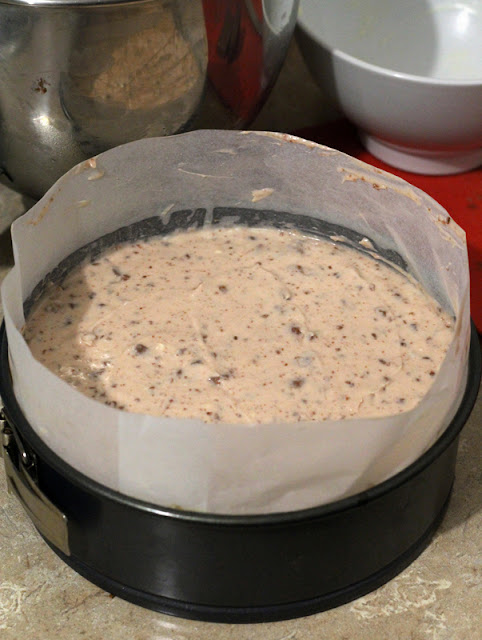 Roughly break up the remaining 100 grams of Tim Tams and sprinkle/pile on the top.