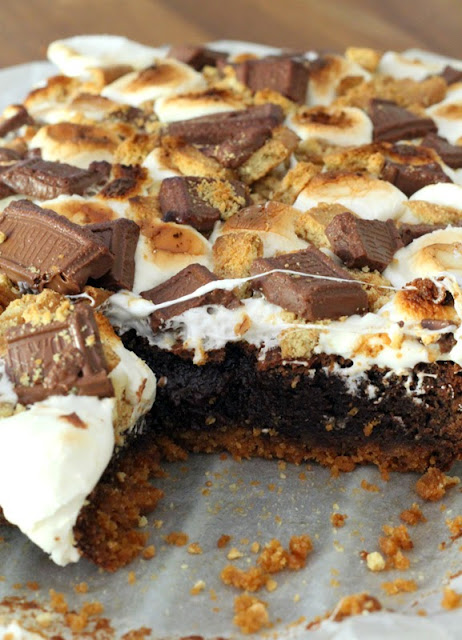 A recent trip to the video store (yep they still exist) had me thinking about my favourite movies from my childhood. I must have had a thing for sports movies, The Mighty Ducks was pretty high on my list and another movie that got borrowed over and over was the Sandlot Kids. Sure I always had to close my eyes through the carnival scene, but the thing I really remember from the movie is being taught how to make s'mores. It was the first time I learned of s'mores and I've been fascinated since.

Mix those thoughts of s'mores with my current craving for brownies and you get a fudgey chocolate treat topped with clouds of gooey marshmallow and melty chocolate, sound dreamy? Well they sure are! If that description isn't enough to temp you to give these ago, did I mention I give them two thumbs up. 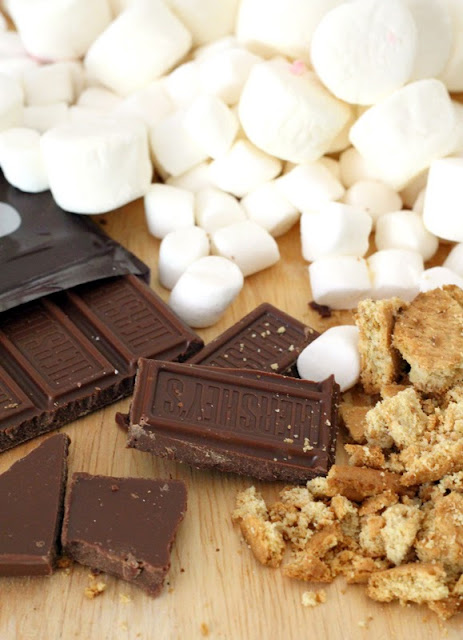 To make the brownie base- Preheat oven to 180 degrees c. and line a brownie tin with baking paper, my tin is roughly 7-11 inches.

Add the biscuit crumbs, butter and sugar to a medium bowl and mix well. Press the crumb mixture into the base of your prepared pan. Bake the crumb base for 15 to 20 minutes until golden.  Remove from oven while preparing the brownie filling. 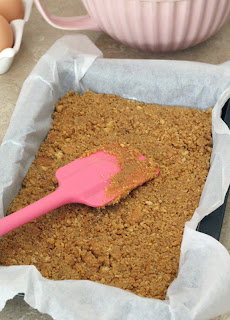 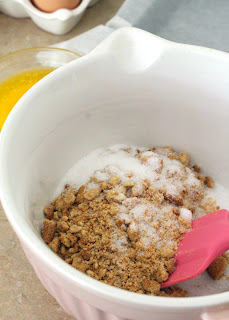 To make the brownie filling- add the chocolate and butter to a medium microwave safe bowl and microwave for one minute intervals, stirring after each minute, until melted together.

Add both sugars, vanilla and salt into the melted chocolate mix and stir until well mixed.

Whisk in the eggs, one at a time, until the mixture thickens and get glossy.

Finally add the flour and cocoa and mix until just combined.

Pour the brownie mixture over the baked crumb crust and return to the oven for about 30 to 40 minutes, until the top of the brownie is set and a skewer to the centre of the brownie comes out almost clean. 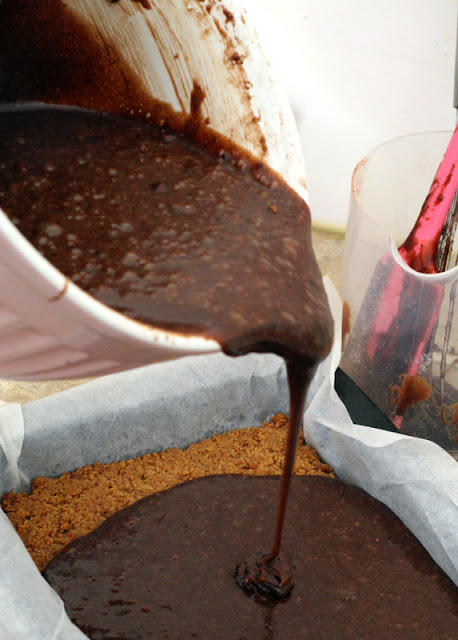 For the s'mores topping- turn on grill/broil part of your oven to high. Sprinkle the marshmallows, cookie crumbs and chocolate pieces over the top of the baked brownie. 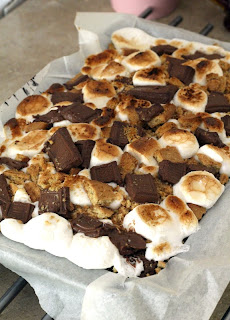 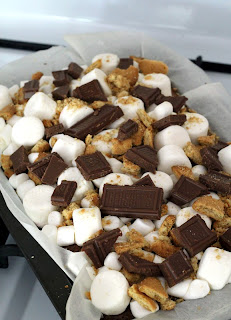 Grill or broil the topping for 1-2 minutes until nicely toasted and golden. Make sure to watch it the whole time, it could burn quickly.

Allow the brownies to cool slightly before removing from the pan and cutting with a wet knife, clean knife after each cut for best cutting result.

Posted by Butter Hearts Sugar at 5:59 AM