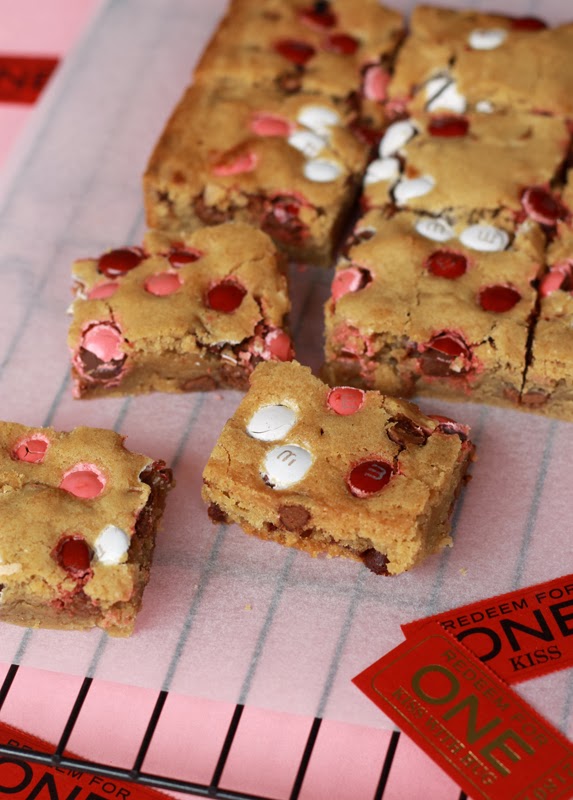 So you might notice by all the pink and red in the pictures that these blondies were meant to be a Valentines post. Oops, better late then never! These blondies are too awesome only to be enjoyed on just one particular day anyway. They're seriously my absolute favourite treat, everyone that had one made various Mmmm/yummm sounds while eating and I've been daydreaming about them ever since.

The blondies have a yummy buttery caramel flavour from the brown sugar and are perfectly gooey in the middle and crispy on top. Not only are these tasty squares packed with choc-chips but they're topped with Mms too. If you haven't tried raspberry Mms yet, do it! they're what make these blondies really wow. 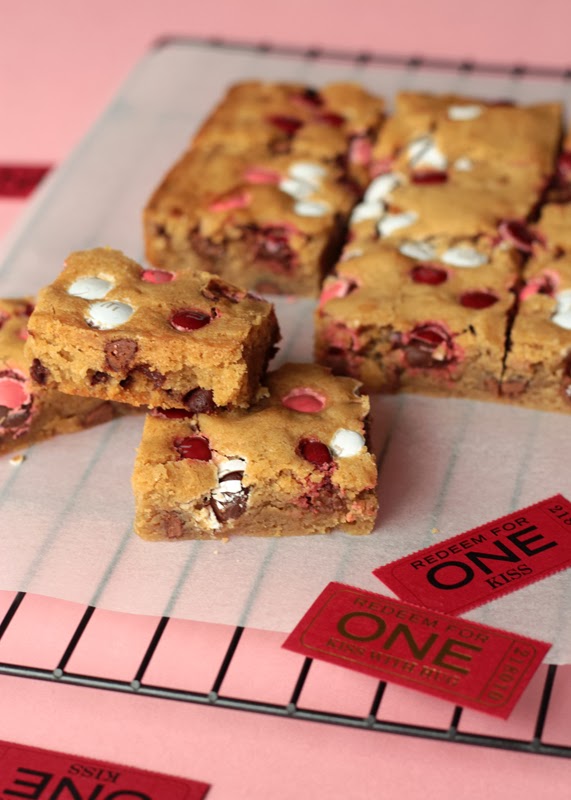 To make the Blondies- Line a 12 x 9 inch baking pan with baking paper and preheat oven to 180 degrees c.

Beat together the melted butter and brown sugar until smooth.

Add the egg and vanilla and beat until well combined.

Stir in the flour and pinch of salt.

Mix through the chocolate chips or filling of your choice. 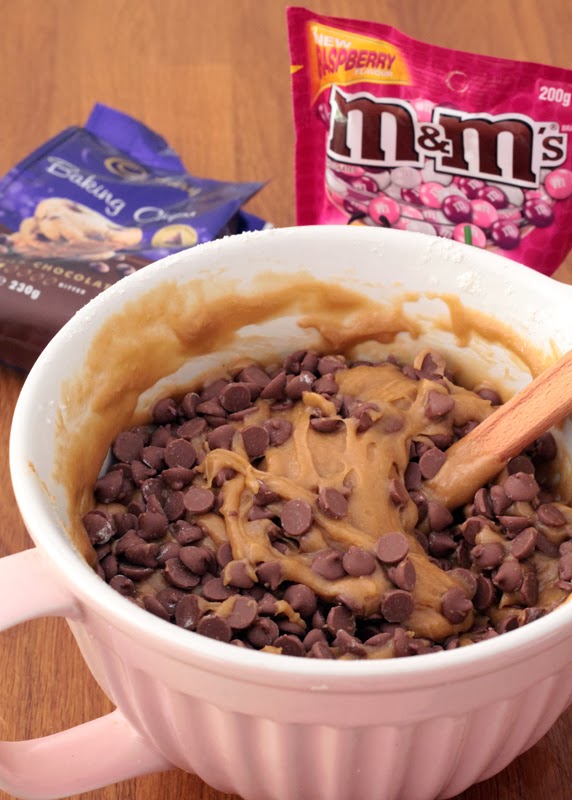 Spread the mixture into the prepared pan and roughly smooth out.

Finally top the blondie mixture with a sprinkle of raspberry Mms. 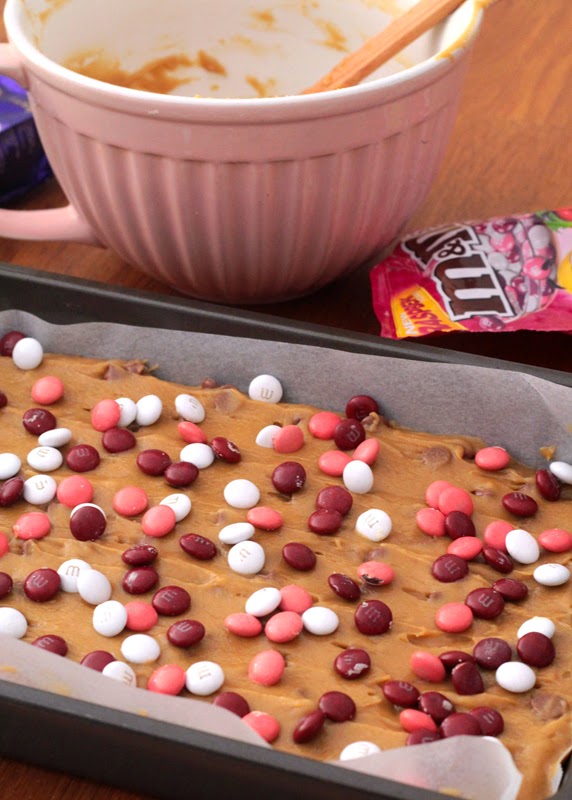 Allow the blondies to cool before cutting into squares. 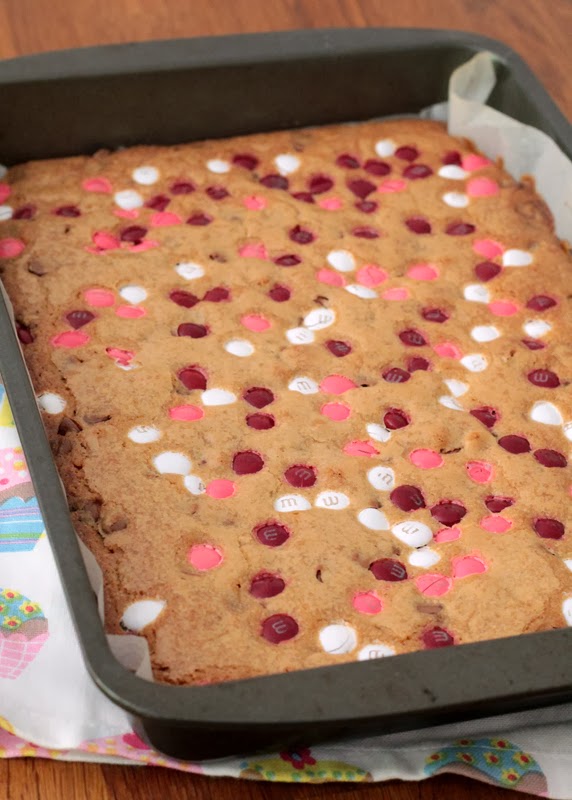 Posted by Butter Hearts Sugar at 5:44 AM