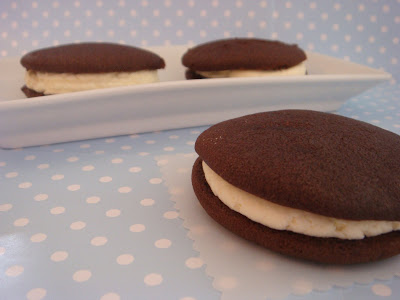 It’s so nice to get back to baking after so long, I have missed my little kitchen. While I was away I picked up a number of new cookbooks, one of them being Whoopie Pies. I have wanted to try making some whoopie pies for some time, especially after seeing lovely pictures on a number of other blogs.

For my first time making whoopie pies I decided to try out the classic Chocolate whoopie with marshmallow fluff filling. The flavour of the pies was intense chocolate and very yummy but I wasn’t super happy with them, no matter how high I piled the batter my whoopies came out a bit flat. Because I only brought home one tub of marshmallow fluff I decided to save it for some whoopies I am happier with and whipped up some vanilla buttercream instead.

I will definitely be trying them again, and other recipes from the book.

Oh and just because I’m getting very excited about Christmas, these whoopies decided to dress up. 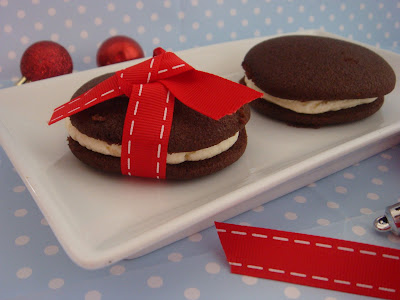 To make the whoopies- Position a rack in the centre of the oven and preheat to 190 degrees c. Line 2 baking trays with baking paper.

Sift together the flour, cocoa, baking soda and salt into a bowl. 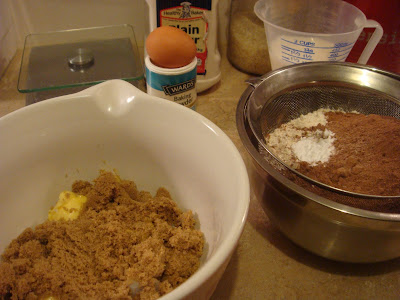 In a second bowl, beat together butter, shortening and brown sugar, on a low speed until just combined. Increase the beater speed to medium and beat until light and fluffy. 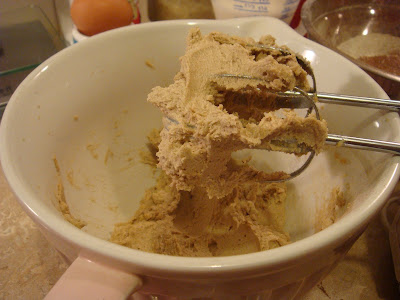 Add the egg and vanilla essence and continue beating for another 2 minutes until very light in colour. 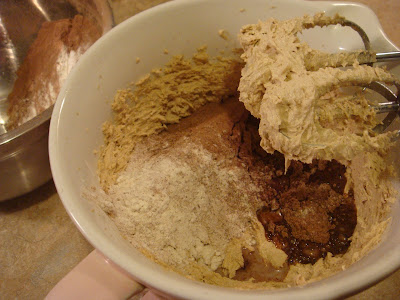 Add half the flour mixture and half of the milk to the butter and sugar and beat until just combined. 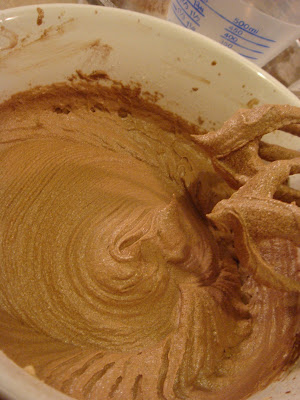 Scrape down the sides of the bowl with a spatula, add the remaining halves of the flour and milk and beat until completely combined. 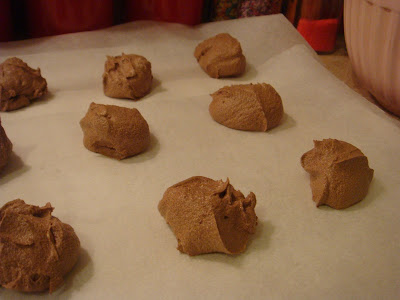 Using a spoon, drop around 1 tablespoon of batter onto the baking tray, spacing them at least 2 inches apart.

Bake the whoppie pies one tray at a time for about ten minutes, or until the whoppies bounce back when lightly poked.

Remove the whoopee pies from the oven, let them cool on the trays for at least 5 minutes before transferring them to a rack to cool completely. 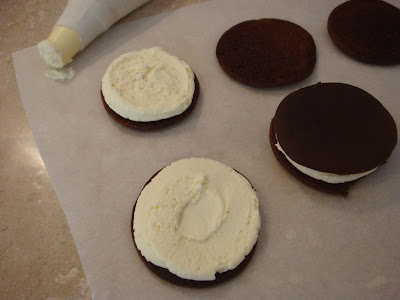 For the Vanilla Buttercream

To make the Buttercream- In a bowl, beat together butter and sugar on medium speed for about 1 minute until mixture is crumbly. Add the cream, vanilla and salt and beat on high until frosting is smooth, about 3 minutes. 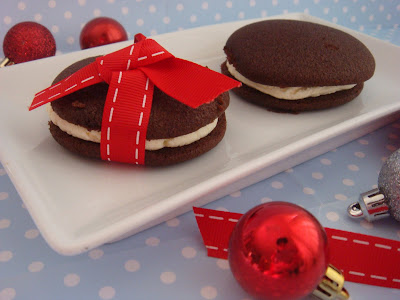 Posted by Butter Hearts Sugar at 7:17 AM