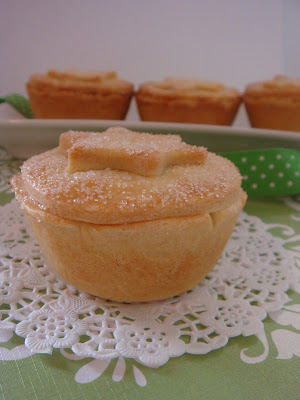 A fact about me- Up until a year or two ago I thought fruit mince pies contained fruit and minced meat, gross. It was boyfriend who finally taught me the truth about fruit mince tarts, oh how very silly I have been. In an attempt to get said boyfriend excited about Christmas time I made him some fruit mince tarts. My plan didn’t really work but at least they were yummy. 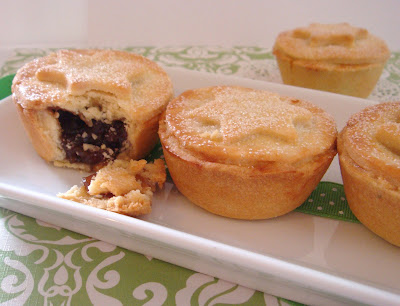 I was short on time and ingredients so used a ready made fruit mince instead of making my own. I was impressed with the store bought filling, I added a little bit of vanilla extract and cinnamon but the fruit mince is tasty enough on its own. 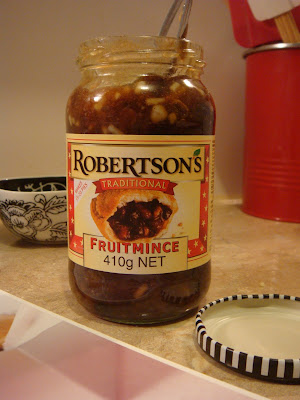 
To make the pastry- in a bowl, rub together flour, icing sugar and butter until mix resembles fine breadcrumbs.

Add water and egg yolk and mix together to form a soft dough. 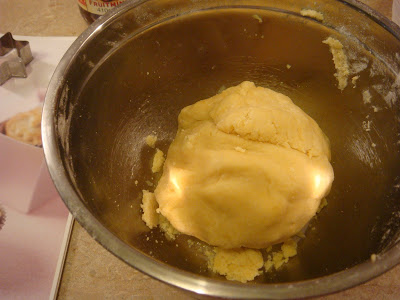 Cover with cling wrap and chill in the refrigerator for half an hour.

Roll the pastry dough between two sheets of baking paper until 3mm thick. 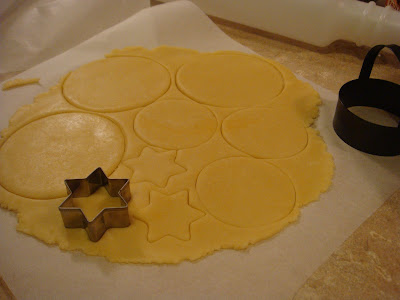 Gently press the pastry into the muffin pans. 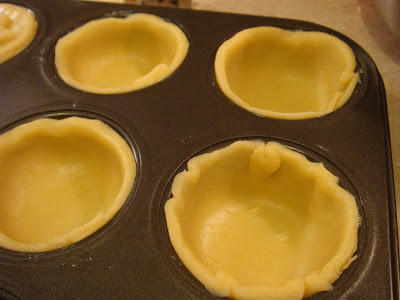 Fill each tart with a heaped a heaped tablespoon of fruit mince filling. 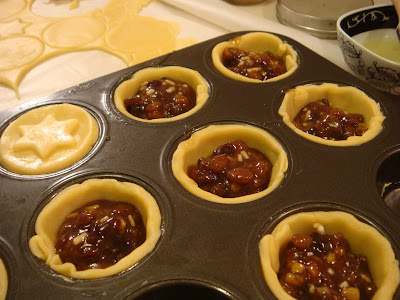 Lightly brush the edges on the pastry with egg white. Cover each tart with a pastry top, gently pressing together at the edges. 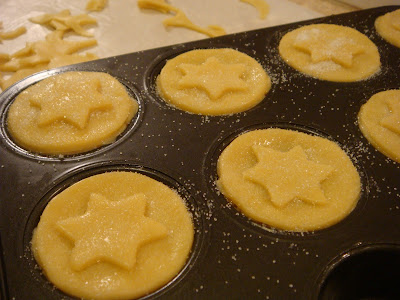 Bake tarts for about 25 minutes, or until the pastry is cooked and just golden.
Cool the tarts in the tray for 5 minutes before transferring to a tray to cool completely. 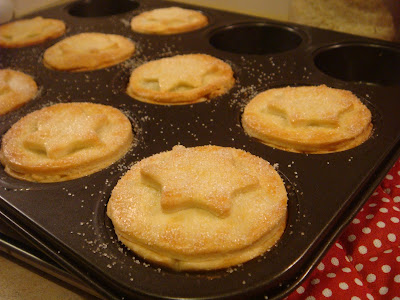 Posted by Butter Hearts Sugar at 7:04 AM