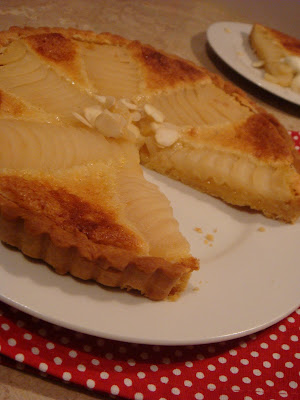 I’ve been trying so very hard to save for our trip to New York, I didn’t do so well this week. I spent Thursday shopping at harbor town, I intended on coming home with a bunch of clothes but instead my bags were full of new kitchen gadgets (plus a pair of shoes). 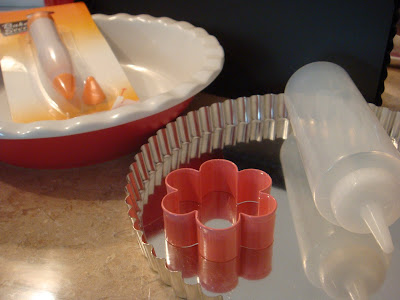 Saturday after work I had some time to kill before my bus and a 40% off book voucher. Guess who ended up with a new cook book.

So, I have a brand spanking new tart tin, a new baking cookbook and now I have a pretty tasty pear and almond tart.

With only rock hard pears at the shop I had to use tinned pears. I don’t feel so bad about it though, after looking at a bunch of recipes i found that most said it is perfectly acceptable to use tinned fruit some even preferred it. I thought the canned version was super yummy, I’ll have to give it another go as soon as the pears ripen.

To make the filling- in a bowl sift together ground almonds and flour, mix in the sugar. Add the butter to the dry ingredients and mix until smooth. Mix in the egg. Cover the bowl and refrigerate the mixture while making the tart shell. 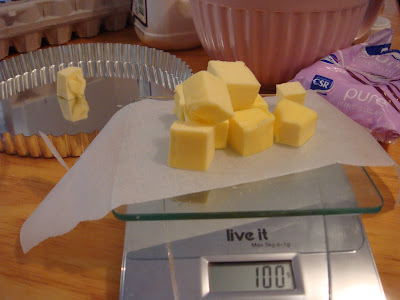 To make the pastry- sift flour into a large bowl. Add the butter to the flour and rub together until it resembles bread crumbs.

Stir in the icing sugar, milk and egg yolk. Knead the mixture briefly on a lightly floured surface to form the dough. Cover the pastry and refrigerate for 30 mins. 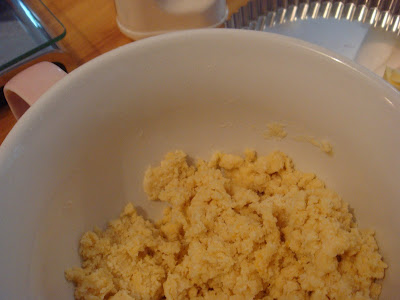 Place the chilled dough between 2 sheets of baking paper. Roll out the pastry to around ¼ inch thickness. Line the prepared tart pan with dough, press into place. Trim off any excess pastry and prick the base all over with a fork. Chill in the freezer for 10 minutes. 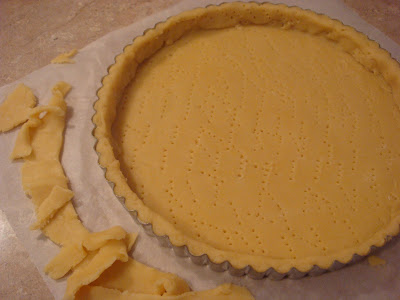 Cover pastry with baking paper and fill with baking beads or uncooked rice. Blind bake the base for about 20 minutes, until the sides and base are firm. Remove the paper and rice and bake for another 5 to 10 minutes until the crust is lightly golden. Remove from oven and let cool in the pan.

To make the tart- remove the filling from the refrigerator, spread evenly over the prepared base. 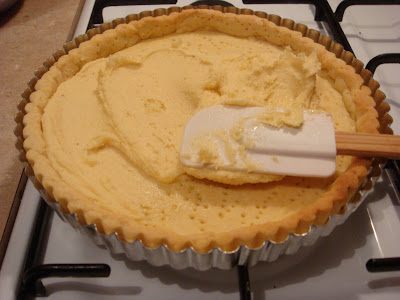 Prepare pears by cutting in half and removing the core. Slice the pear halves into thin slices. Press gently down on cut pear to fan out the slices.
Slide your knife under the pear fans and carefully arrange on top of the filling. 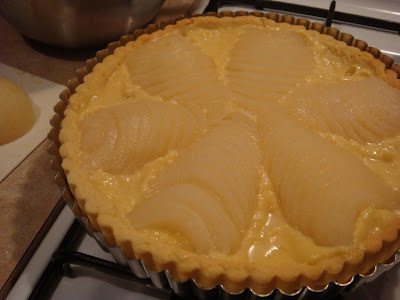 Return the tart to the oven. Bake for around 50 mins or until golden brown. Let tart cool before removing from the pan.

So far it’s been yummy by itself. And with cream. And with custard. And I’m sure it would be super with icecream. Enjoy! 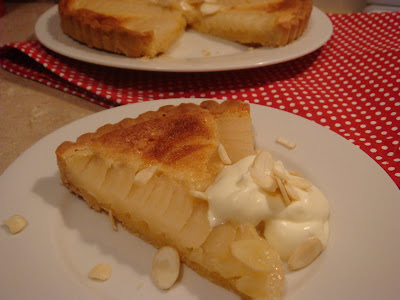 Posted by Butter Hearts Sugar at 7:42 AM