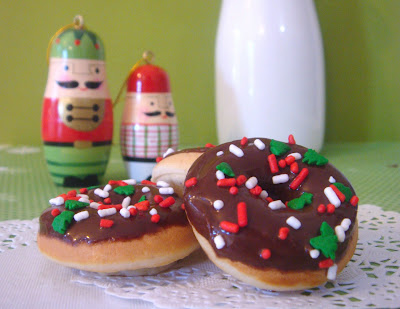 Lets talk about how crazy I'm going not having an oven, we were waiting for a part for almost two months. On Friday I left for work excited that the repair man had got the part and would have the oven fixed while I was out. There were almost tears when I got home and not only was the oven still broken he found a problem with the cook top too. I dont know what I've done to be so unlucky this week, I also tripped on an escalator and hurt my knee pretty bad and then yesterday I squished my finger in a door. No accidents today so maybe things are looking up. 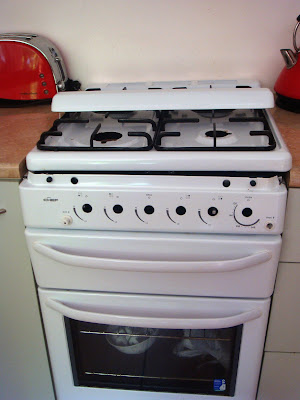 Not baking makes me sad and I needed cheering so I went out and bought a mini doughnut maker, or at least that's the excuse I'm using. It has nothing to do with me being amused by novelty kitchen appliances or because the doughnut maker makes the cutest tiny little doughnuts I have ever seen. Actually maybe those things did kind of push me towards it, plus it was only $12 how could I go wrong. 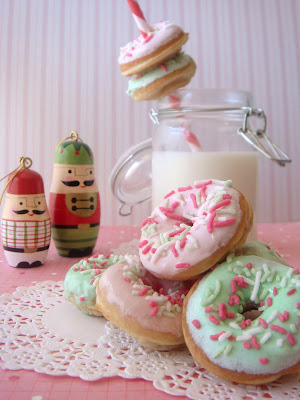 Using a recipe from the little manual that came with the doughnut maker, I made a whole bunch of yummy baby doughnuts. The the only downside is that you have to eat the doughnuts pretty soon after making them (although you may see that as a upside) I found the doughnuts tend to get a bit soggy if you leave them too long.
If you need some cheering make some baby doughnuts, cover them in Christmas sprinkles and eat them. 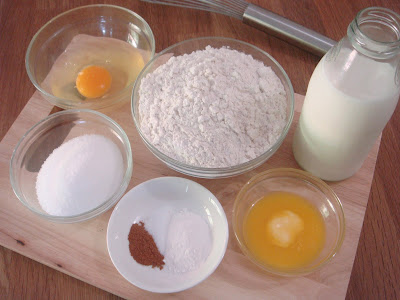 While the maker is heating prepare the batter. combine all the dry ingredients together in a bowl, add all the wet ingredients and mix until smooth. 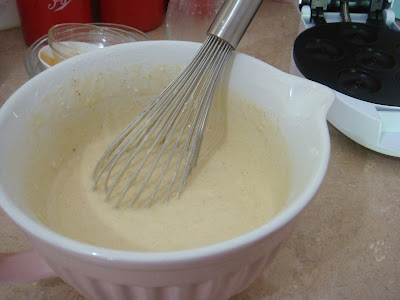 Spoon the mixture into a piping bag, pipe about a teaspoon of batter into each doughnut hole. 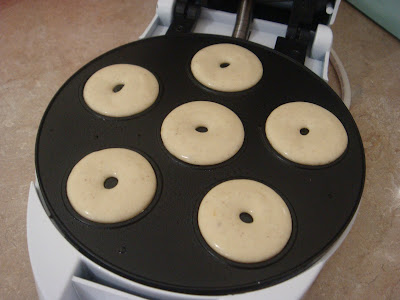 Shut the doughnut maker and cook for about 3 minutes or until golden and cooked through. 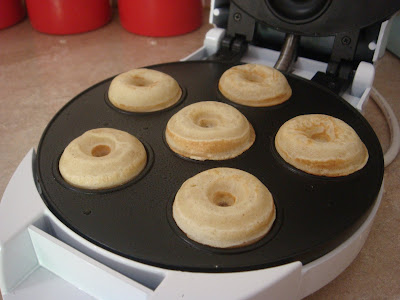 Pop the doughnuts out with a fork or skewer and allow to cool, repeat with the remaining mixture. While the doughnuts are cooling make the frosting. (If you're too impatient to ice them rolling them in cinnamon sugar is just as yummy) 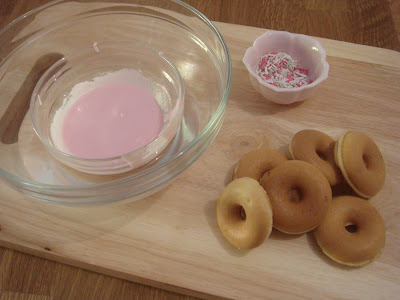 For the Frosting
2 cups icing sugar
1 teaspoon butter
2 tablespoons boiling water
green and pink colouring (a tiny dot at a time)
1 tablespoon cocoa powder
Sprinkles
To make the Frosting- sift the icing sugar into a small bowl, stir in butter and enough water to make a smooth icing. (The consistancy should be similar to thickened cream.)
Divide the icing into 3 bowls, mix the cocoa powder into one bowl and the tiniest bit of pink and green colouring into each of the other two.
While working with icing set the bowl into a second bowl of hot water to stop it hardening. Dip the tops of the baby doughnuts into the frosting and allow the excess to dip off. 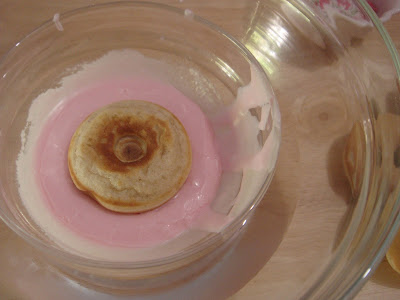 Place the coated doughnuts on a cooling rack, add some sprinkles and allow to set. 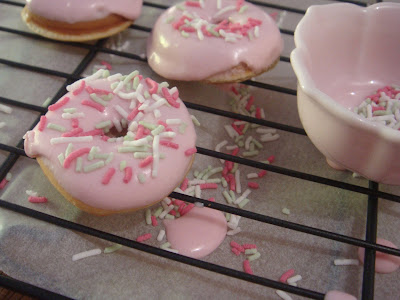 Eat them all up! Yum!
Posted by Butter Hearts Sugar at 3:02 PM