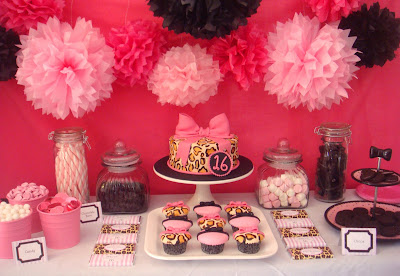 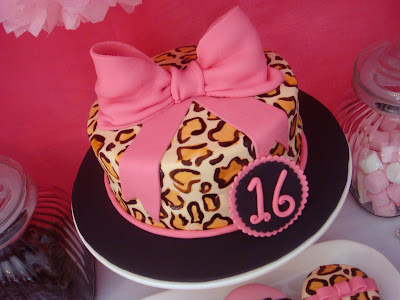 I don't think I've ever left it so long between posts, over two weeks! I'm sorry it'll never happen again. I'm back now and have a bunch of things to share with you.
It seems my brain is having trouble putting sentences together today so mostly I'll let the pretty pretty pictures tell the story. I really wanted to do something special for boyfriend's sister for her 16th birthday, she shares my infatuation with all things pink and leopard print so the theme idea came easy. 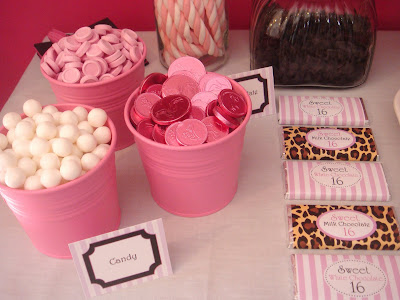 Each time I visited the shops in the last few weeks I've come home with more and more candy. I wanted everything to be pink, black and white so searched for candy to match. I ended up using pink and white marshmallows, chocolate babies, marshmallow ropes, liquorice, musks, cool mints and pink barbie chocolate coins. 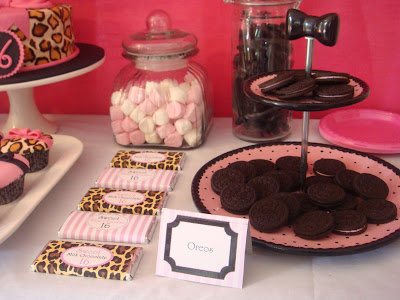 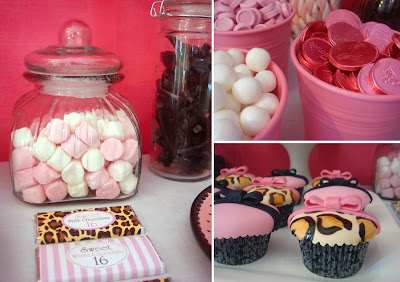 The little pink pots were from Ikea and the jars were found at The Reject Shop. I made the tissue paper pompoms using instuctions from Martha Stewart. 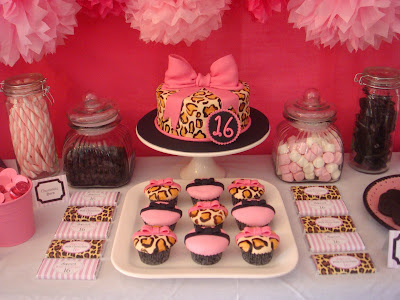 I found the foil wrapped chocolate bars in Aldi and created new wrappers in pink and leopard print to match the theme. 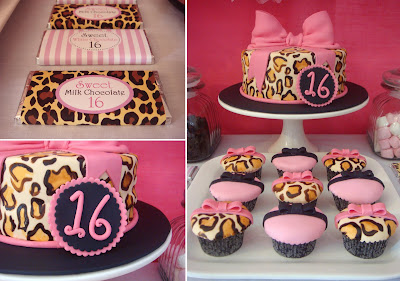 I used my favourite vanilla recipe for the cupcakes, they were frosted in strawberry buttercream and covered in fondant to match the cake. 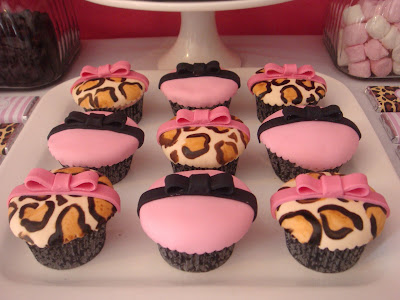 The cake itself was my favourite part of the whole table, I used my go to perfect chocolate cake with dreamy chocolate frosting and covered it with fondant. The cake and cupcakes were both hand painted with food colour gels and topped with fondant bows, I'm so happy with how they turned out. Phoebe didn't want to cut the cake because it was too pretty. It survived the party but we ate it the next day. 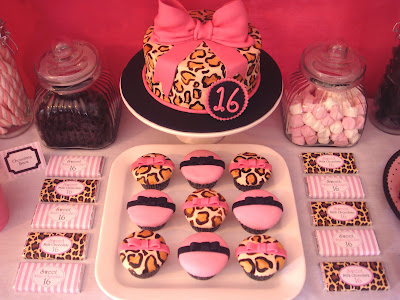 Posted by Butter Hearts Sugar at 4:08 AM