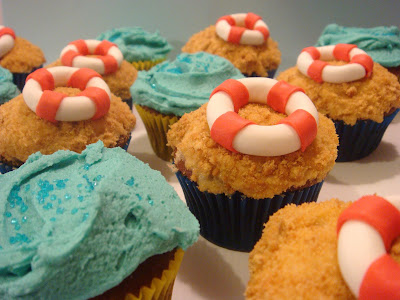 These cupcakes were a father’s day gift for my dad, this post is a little late as father’s day was almost a week ago, sorry.

I thought sea themed cupcakes would be cute idea, Dad just got back from a cruise the day before I seen him.

For the cupcakes I used the same snickers cupcake recipe I made a few weeks ago only minus the chocolate frosting. For the blue frosting I replaced the peanut butter for vanilla buttercream.

For the sand I used crushed digestive biscuits, they are the Australian equivalent to graham crackers. I guess they are called digestives because of the wholemeal, but a little statement on the side of the pack made me giggle, it informed that the biscuits do nothing to aid in the digestion process. 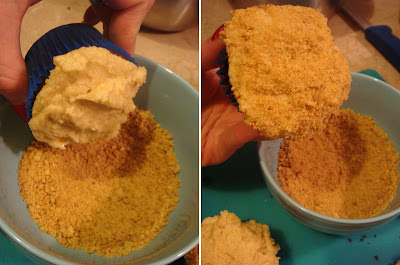 For the cupcake toppers I made shark fins and life rings out of fondant. Sadly because of the weather the shark fins were still too soft when i took the pictures. 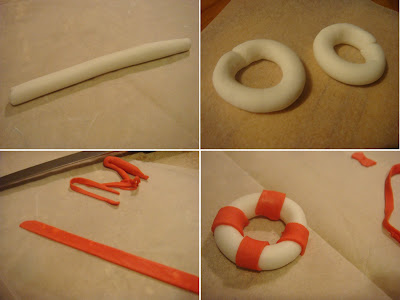 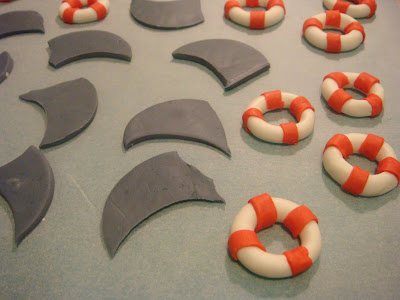 Boyfriend enjoyed the beach and life ring cupcakes, he said they were sand-sational. Shakes head. 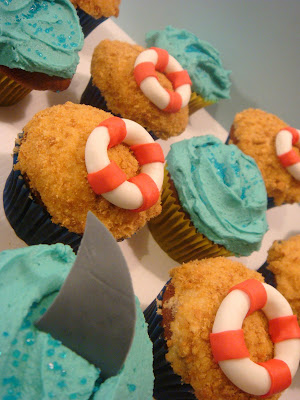 Posted by Butter Hearts Sugar at 3:13 AM